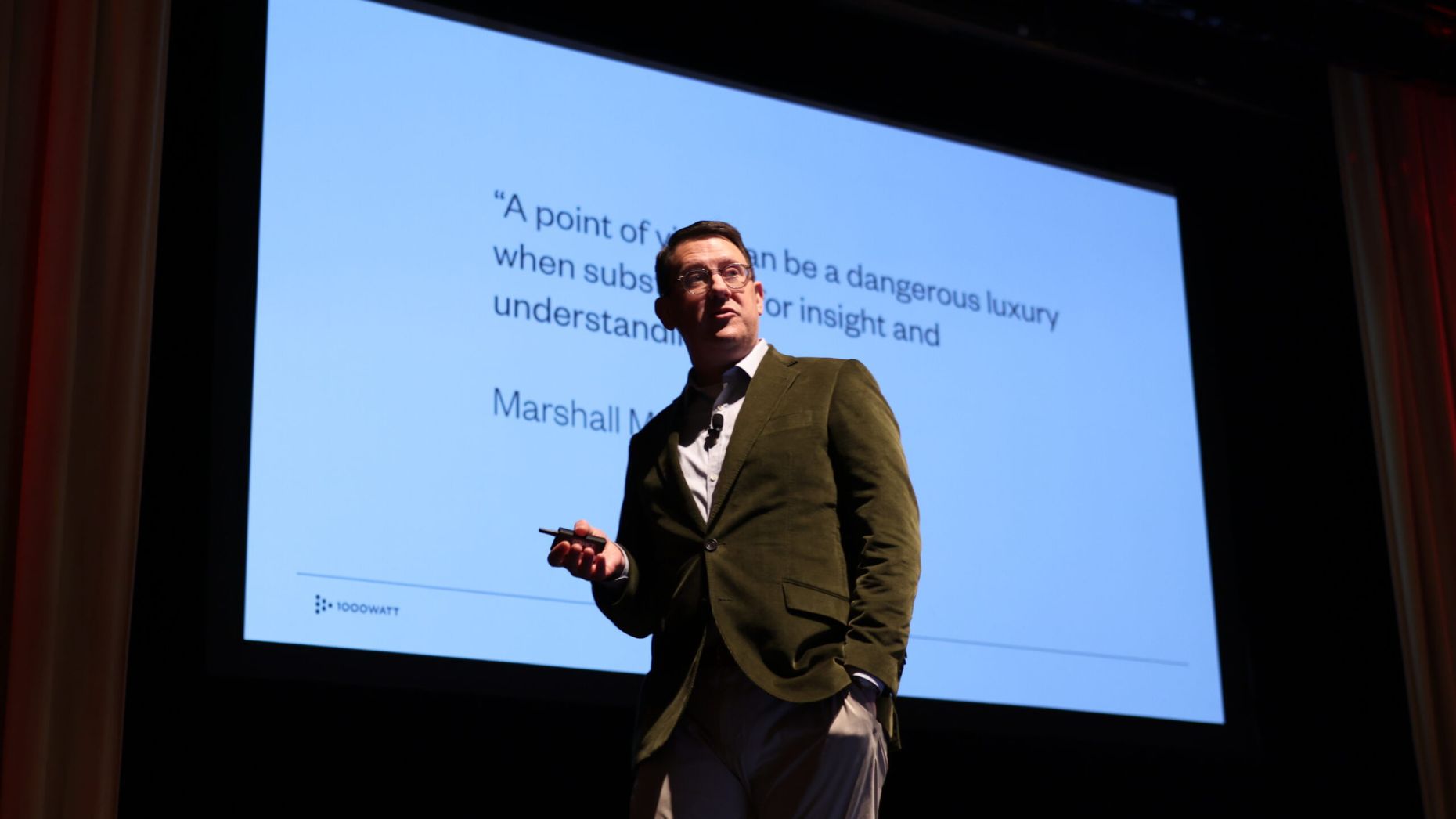 At Inman Connect New York Wednesday, CEO Brian Boero shared insights from a real estate consumer sentiment study it conducted under the self-imposed mandate to “shut up and listen” to what buyers and sellers want from real estate agents.

In these times, double down — on your skills, on your knowledge, on you. Join us Aug. 8-10 at Inman Connect Las Vegas to lean into the shift and learn from the best. Get your ticket now for the best price.

In the CEO Connect track of Inman Connect New York on Wednesday, CEO of real estate branding and strategy company 1000watt, Brian Boero, peeled away layers of an extensive consumer sentiment study it conducted under the self-imposed mandate to “shut up and listen” to what buyers and sellers really want from real estate agents.

What Boero showed sent wide eyes darting to find confirmation across lunch tables and fingers to stop texting: No one cares how much or how agents get paid, they only want things to be easier.

The company’s “pretty deep exercise” was a year long and included personal follow-up to a number of industry-specific surveys using “questions no one else was asking.” Boero prodded the audience to accept the notion that, quoting Marshall McLuhan, their “point of view can be a dangerous luxury if substituted for insight and understanding.”

For starters, Boero thought reality television was a bad medium for real estate. “Turns out I was wrong, quite wrong.”

One thousand millennials were surveyed on the topic, and it turns out that reality television made them more trusting of agents.

“They consume this type of media like crazy,” Boero said. “Young people’s perceptions of credibility and professionalism weren’t the same as us 51-year-olds, go figure.”

Boero cited RealTrends data that shows agents’ long-held fears of commission erosion as a result of the rise of proptech models, iBuyers and similar alternative approaches to sales, are significantly overblown.

The large number of increase in agents in the last 30 years hasn’t resulted in a dramatic fall in how agents are paid, either, Boero said.

Redfin’s abandonment of buyer rebates in 2022 serves as the impetus for Boero’s biggest misconception, the idea that consumers were seeking low-cost real estate.

“No one really cares. The entire notion that consumers were cracking low-cost real estate is really crumbling in front of us,” he said. “So how did so many smart people get this wrong?”

It’s because they don’t listen.

Boero told the crowd of C-level real estate leaders that despite their current troubles, the iBuyers did get one thing right and still might succeed because of it: Simplicity.

Fifty percent of 1000watt’s survey respondents said they would take a cash offer for less money if it came with a quick process and the dependability of closing on time.

What people want, Boero said, is less stress during the transaction, not pitches about commission costs.

“When we look at people who bought in the last three years, 36 percent said their agent didn’t even find it necessary to explain how they were compensated,” he said. “The stats also showed that 10 percent had no idea how their agent was compensated. It’s not a hot-button topic.“

Ultimately, consumers don’t want people in their private space, and they crave simplicity.

Boero advised the audience to take away two opportunities based on their study which involve tapping into the “felt, emotional needs of the consumer.”

“We asked people if their agent stayed in touch after the transaction, and it’s not shocking, it’s pathetic, 45 percent said no,” he said. “When asked why they would want to speak to their agent after the deal, the majority said it involves challenges with homeowners, such as maintenance and big fixes. People need help and are stressed about owning, and it’s not rocket science.”

In addition to providing service after the deal, brokers should do what they can to simplify the transaction.

“Buyers are humans. When they’re in stressful situations, like all of us, they want to make that situation as short as possible. No one wants to marinate in stress.”