2 in High Point charged with intent to sell ecstasy out of a home: HPPD 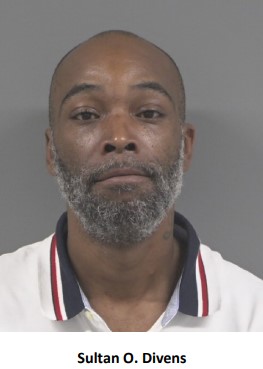 HIGH POINT, N.C. (WGHP) — 2 people in High Point are facing drug charges following the execution of a search warrant, according to the High Point Police Department.

At 9:43 a.m. on Thursday, members of the HPPD’s Street Crimes Unit executed a search warrant at a home on the 200 block of Herbert Place after getting a tip that a person was selling drugs out of the home.


Man arrested for having gun at HPU, warrants show

During the search, officers say they found 78.5 MDMA ecstasy tablets, four grams of marijuana, a loaded semi-automatic handgun, ammunition, drug paraphernalia and more than $1,900 in cash.

Police say that two people were inside the home, Sultan O. Divens, 43, of High Point, and Shacora S. McKiver, 32, of High Point. Both would be arrested.

Divens is being charged with the following:

Divens was taken to the Guilford County Jail and received a $25,000 secured bond.

As for McKiver, she is being charged with the following:

McKiver was taken to the Guilford County Jail as well and released on a $3,500 unsecured bond.

The HPPD SWAT Team and Vice Narcotics Unit assisted with the execution of the search warrant.

The High Point Police Department remains committed to crime-fighting, community engagement, training, and professional policing. We will continue to collaborate with our community members and crime-fighting partners to promote a higher quality of life. Anyone
with information about violent crime or illegal activity is asked to contact Crime Stoppers of High Point at (336) 889-4000 or Download the P3 mobile app for IOS or Android.

“Abenomics” lives on after ex-PM’s death, but economy still fragile