Make mention of motorcycle cops, and for people of a certain age thoughts turn to the 1970s and ’80s TV hit “CHiPS,” where every week California Highway Patrol officers Ponch and Jon roared down Los Angeles freeways aboard noisy Kawasakis in pursuit of bad guys .

The Palatine Police Department now has a motorcycle cop duo of its own — Eddie and Taylor — but unlike their fictional compatriots, their ride is anything but noisy, and it chases down scofflaws with more of a hum than a roar.

That’s because officers Eddie Christudhas and Taylor Black are the first motorcycle cops in Illinois riding an all-electric bike. The Zero DSRP motorcycle arrived at the police department earlier this year and, after some tweaks and adjustments, have been making its way around town.

“We’re excited to be a pioneer,” police Cmdr. David Brandwein told us this week.

The electric bike came about after department brass decided to reestablish its motorcycle unit, which had been discontinued a little more than a decade ago. When the department needed someone to help lead the effort and serve on the unit, Christudhas and Black — both motorcyclists in their off-duty lives — signed up.

They researched plenty of gas-powered options, but decided for a host of reasons that electric was the way to go.

Although electric motorcycles cost more than their gas counterparts up front, the department expects to save in the long run. For starters, energy costs run only about 1 cent per mile — or about 30 to 50 cents per shift, they say. That’s compared to about a quarter-tank of gas for a gas-powered patrol vehicle.

Costs to keep it running are also expected to be lower, with traditional maintenance tasks such as changing the unnecessary oil and spark plugs.

A full charge takes about two hours — if the power is run all the way down, which they expect to be rare — and its range is up to 157 miles in a city setting. The bike’s top speed is 102 mph and it’s stocked with nearly everything you’d find in a patrol vehicle, including an onboard computer.

The benefits go beyond savings, Christudhas and Black say. The motorcycle’s size allows them to operate in areas a patrol SUV or car cannot — think bike path or a sidewalk — and it runs quietly enough that they can operate near places like schools, where the noise from a traditional motorcycle would be disruptive. And with the lack of emissions, it can even be deployed indoors, if there were an emergency inside a large building.

“It was perfect for our needs,” Christudhas told us.

Besides law enforcement uses, the motorcycle serves a community engagement role, the officers say. It’s already made appearances at events such as the Hometown Fest parade and Street Fest, where it’s been a hit with the crowds.

“It opens up a lot of conversations,” Christudhas said, noting that even drivers he’s pulled over on traffic stops have asked to check out the bike.

“It’s been great to be able to go into a neighborhood and have people come up and want to talk about it,” he added. “With a patrol vehicle, there’s a barrier that’s gone with this, and we’re using the opportunity to connect with our community.” 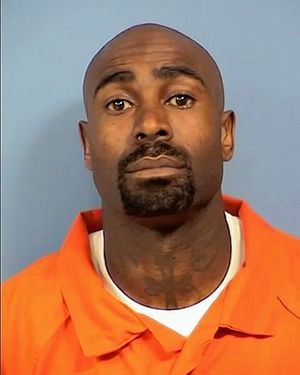 Should a jury be told that a famous professional skateboarder accused of beating a man to death was wearing rings on every finger at the time?

DuPage County Judge Michael Reidy will rule that Monday, just before Terry Kennedy is set to face trial for first-degree murder in the killing of 23-year-old Josiah Kassahun.

Kennedy, 37, is accused of punching Kassahun they and Kennedy’s ex-girlfriend were leaving an Oakbrook Terrace hotel in July 2021. Kassahun fell, hitting his head on the concrete. Kennedy then kicked him in the torso, according to the charges against him.

Kassahun, who suffered a broken facial bone, a fractured skull and bleeding in his brain, died four days later.

Prosecutors recently announced that they discovered Kennedy’s rings in his personal property being held at the DuPage County jail. One of the rings contains blood and DNA consistent with Kassahun, they say.

Assistant Public Defender Michael Sweeney argues, however, that prosecutors have not provided evidence that the rings were deliberately used as a weapon, and he is afraid that mentioning them at all will cause jurors to leap to that conclusion.

Reidy already has ruled that prosecutors cannot refer to the rings as being like brass knuckles. But after viewing photographs, he noted that the rings stick out significantly, unlike something like a wedding ring.

Kennedy, who rose to fame through appearances on MTV shows, video games and music videos for artists including Snoop Dogg, is arguing that he acted in self-defense. His trial is scheduled to begin Tuesday.

“In 2020, Des Plaines Police responded to 98 calls for suicides. Thankfully, this day, they got there before it was too late.”

Those are the words that appear on the screen at the beginning of a city of Des Plaines video called, “You are not alone. Prevent Suicide.”

What follows is a dramatic account of how Des Plas police officers saved a man attempting to end his life in February 2021 at a hotel in the city.

Told through interviews with the officers, bodycam footage and 9-1-1 recordings, the narrative serves as the focus of the nearly three-minute video, first released in May 2021.

“This is so powerful. By using the current 9-1-1 tape, you connect with the general public where they live. I got chills watching this video. Well done Des Plaines!” one of the award judges wrote of the video.

To see the video, go to youtu.be/rM0AY8fWxYc.

• Have a question, comment or story idea? Email us at copsandcrime@dailyherald.com.