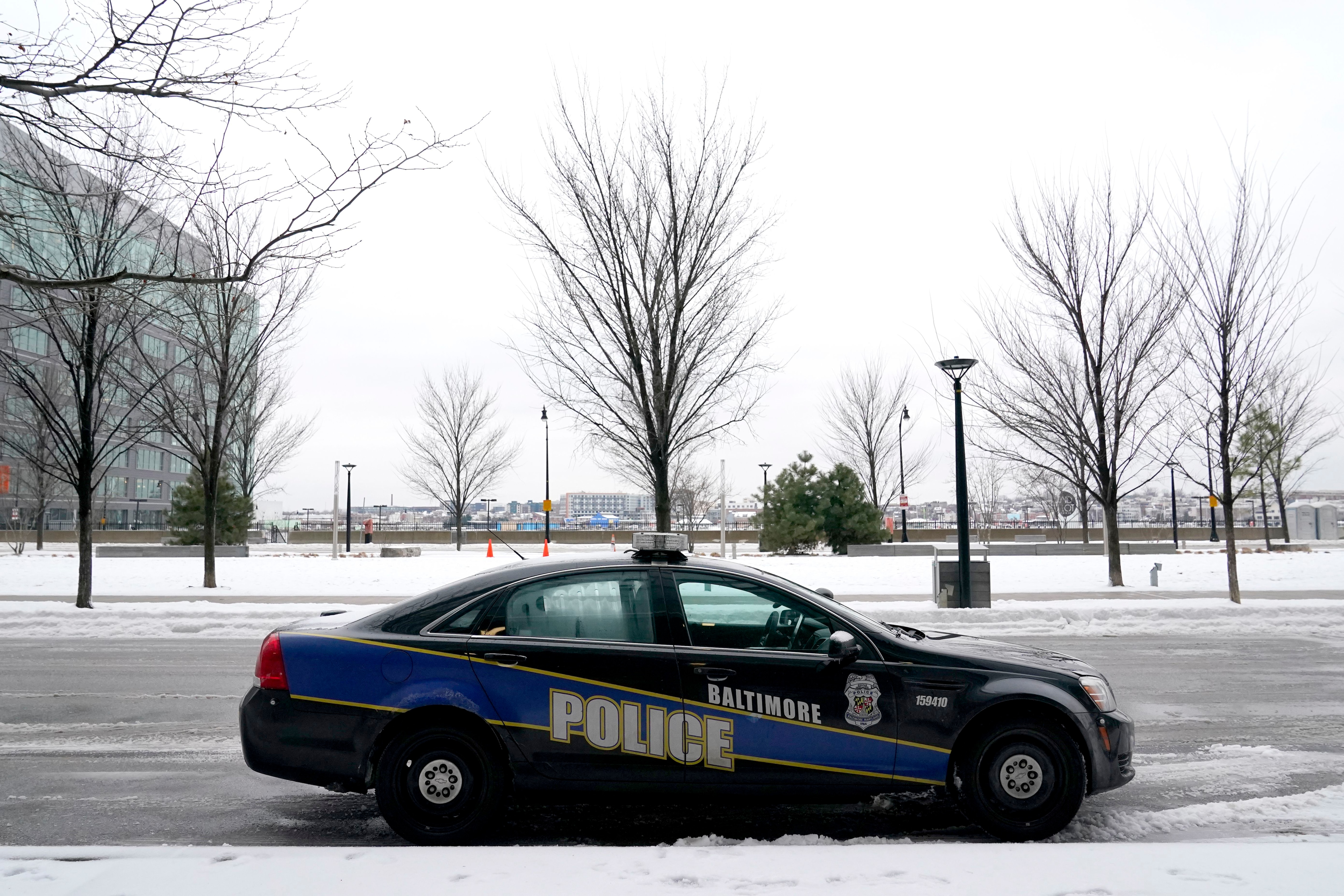 When a Baltimore Police officer in 2020 handcuffed someone who had pushed him, the person spat in the officer’s face.

The officer, in response, punched the restrained person in the back of the head and “forcibly” moved the individual’s head and neck, according to a report evaluating the department’s use of force over a period of years.

Only after the handcuffed person said he couldn’t breathe did the officer remove his hands, the report said.

The 2020 interaction, described without additional identifying details, was one of hundreds of cases in a three-year period reviewed by nine members of a monitoring team armed with investigative records including video footage, interviews and injury documentation.

The team determined Baltimore Police officers are using force less often and largely follow policies when they do, but that too many of the most serious uses of force were not appropriate. And, when those problematic instances occurred, the department failed to systematically identify and address issues with corrective action, the team wrote in a 158-page December report.

The review, for those reasons, found the department was not yet in “initial compliance” with all of the relevant pieces of its consent decree, the 2017 agreement between the city and U.S. Justice Department designed to address areas where a federal investigation found police violated residents’ constitutional rights, including with regard to their use of force.

Baltimore Police officers, according to that 2016 Justice Department investigation, used “unreasonable force” against people who posed little threat, were already restrained or were fleeing. Officers, it added, would “resort too quickly” to force and, even when force was justified, would use an amount “unnecessary and disproportional” to the threat. It faulted the department for officers’ systemic use of unlawful tactics, citing faulty policies, inappropriate training and failures in oversight.

New use-of-force policies and training required by the consent decree have since gone into effect. They include a duty to deescalate, a requirement to use only the amount of force necessary, a duty to intervene when another officer is using excessive force and a prohibition on retaliatory force or using tactics that unnecessarily escalate a situation.

Members of the Baltimore Consent Decree Monitoring Team conducted the review, which was both a compliance review to measure the agency’s performance with consent decree requirements and an outcome assessment to measure the effectiveness of those changes on how officers are policing.

Overall, force incidents dropped from 1,525 in 2018 to 691 in 2021, about a 55% decline, the report said. Bodily force remained the most common type of force used. Monitors noted that a future audit would include civilian complaints and body camera footage to determine if there are additional unreported use-of-force incidents.

Amanda Krotki, a department spokesperson, said Baltimore Police was “encouraged” by officers’ progress, as documented by the lower number of force incidents, more regular use of de-escalation techniques and improvements in following policies and the consent decree.

“The findings in this report move us yet another step closer to rebuilding the trust of the community and strengthening systems of accountability across the Department,” Krotki said, adding the department looks forward to “continuing to implement the changes required” and “demonstrating compliance.”

She noted that the report pulled from 2018 and 2019, before the agency’s revised force policies were effective and before new training was active.

The report, too, said the years examined in the qualitative evaluation and audit spanned “three distinct implementation periods” — in 2018, the agency was finalizing force policies and designing new training; in 2019, officers were being trained on the new policies; and in 2020, officer training was complete and the policies were fully in effect.

“This means the Monitoring Team graded officers on policy and training that was not yet in effect,” Krotki said. “The Monitoring Team will conduct their next assessment by the end of the year and are confident that the data will show further improvements.”

In the case of the restrained man who pushed and spat on an officer, monitors wrote the officer’s force was both unnecessary and retaliatory. A “reasonable” officer under similar circumstances would have identified other options to address the person’s behavior, they wrote, without resorting to force.

The 2020 case was one of several flagged by the monitoring team as “foundationally deficient” — deemed either not necessary, not proportional, not objectively reasonable, not in line with officers’ duty to deescalate or some combination of those determinations.

But in cases that were deemed not appropriate in those categories, roughly half in 2020 were the most serious types of force, which the department labels as “Level 3.” Those are force incidents that lead to or could lead to death and serious physical injury, such as use of a firearm, repeated or prolonged use of a Taser and strikes with a weapon to someone’s head, neck, groin or other vulnerable areas.

(The review included all Level 3 cases for 2018 through 2020, and a statistically representative, random sample of Level 1 and 2 cases for that timeframe.)

Other Level 3 cases that were “deficient” included a 2019 case where an officer looking for a trespasser grabbed a person’s arm, prompting them to ask why and pull away. The officer then grabbed the person by the neck and pushed him onto the hood of a patrol car, then to the ground in a scuffle. The report found the initial arm grab wasn’t proportional and that a reasonable officer wouldn’t think lethal force — the neck hold — was authorized or necessary.

Officers in another 2019 case were looking for a suspect that a CitiWatch camera operator said was involved in drug transactions. The person was in line inside a market, and officers grabbed and tackled the person “without warning” or a chance for him to comply. The force, the report found, was not proportional, as it was in the “absence” of any resistance or aggression from the target.

Examples in the report don’t specify whether the officers’ actions were judged by the department as within or outside of policy.

But, largely, Baltimore Police did not often find uses of force, including those flagged as problematic by the monitoring team, to be in violation of policy, the report said.

In 2020, for example, while fewer cases overall were labeled as deficient, a higher percentage of those flagged cases were not identified as violations of policy by the department, compared to 2018 and 2019 — a trend the report authors called troubling.

That year, just one case out of 24 total flagged in the report as “deficient” in some way was closed “out of policy” by the agency.

Similarly, the report found that during the three-year period officers were more often taking steps to deescalate situations prior to resorting to force, but that there were lapses in their most serious uses of force and that the department didn’t sufficiently identify or correct behavior in those instances.

Officers failed to deescalate in 18.8% of force cases in 2018; 17.2% in 2019 and 12.4% in 2020, based on the report’s review. Failures included: pursuing someone without waiting for backup; using force to make an arrest without giving a person the chance to voluntarily comply; and grabbing people without warning.

The report noted that officers in other instances did make reasonable efforts to deescalate through regulating their tone, attempting to persuade an individual, slowing the pace of the interaction and creating distance.

It warned, however, that officers were still too often failing to issue a warning before using force. In both 2019 and 2020, officers didn’t warn someone beforehand in more than half the cases where the monitors found they reasonably could have.

Other findings in the report included:

The next quarterly public hearing on the department’s consent decree is scheduled for Thursday morning.