Brad Inman: 2023 Is A Year For Metamorphosis 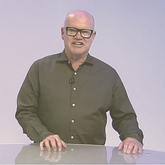 The crowd was abuzz with excitement before Inman founder Brad Inman took the stage at Inman Connect New York 2023, as colorful, abstract images of butterflies swept across screens surrounding the stage.

Inman began on a wistful note, as energy vibrated through the year.

“I was thinking backstage of all we’ve been through together,” he said, noting the ups and downs of the markets, dot com busts, snowstorms and more in recent years.

But he made five big promises for what Inman Connect attendees can expect at this year’s event: ideas for thriving in this market, huge networking opportunities, hard core education in breakout sessions, new tech ideas and inspiration.

Turning to bigger ideas, Inman said he has a sense of optimism — one he believes global leaders share too — despite the unexpected happening, like the COVID-19 pandemic, the invasion in Ukraine, the surge in mortgage rates and more over the past few years.

With China “back in the game,” as Inman put it, he said there’s potentially an economic recovery on the horizon this year, and he’s already seen signs of economic investment.

“The thing that makes me happy is there’s cranes everywhere in the world,” Inman said. “And they symbolize investment.”

That type of infrastructure investment pays dividends for decades, Inman noted. “This is not political partisan bullshit,” he added, “It’s a consensus that we need to start investing again.”

As far as inflation goes, Inman said it’s hard to know whether or not it’s transitory or long-term at this point. But it’s clear that it doesn’t impact all Americans equally.

“Inflation hurts the poor, the middle class more than anyone,” Inman said. “We have to wring it out of this system.”

Turning back to butterflies, Inman noted their power of metamorphosis, and its symbolism for our society.

“Now I’d like to talk about something else, a metamorphosis for our nation, for our industry and each of us personally,” Inman said. “A butterfly is a perfect metaphor for transformation and hope, which we need some right now, right?”

Inman said that special interest groups have gained such power that has resulted in hurting the consumer. He pointed to large banks that are now able to charge 29 percent interest rates on credit card balances, which ends up hurting lower income consumers the most.

“Our nation is broken, gang,” he said. “We need to fix it and we need to admit it. We need more laws for citizens and fewer laws for special interest [groups].”

Inman noted that big media personalities at companies like CNN and CNBC have likewise become corrupted by gaining influence and fame, contributing to division among consumers. “We are divided over all these issues,” Inman said.

And politicians “love when we’re fighting” he noted, because it distracts everyday citizens, and they can pass bills for special interests, not the greater public.

Inman continued to say that antitrust and price fixing lawsuits that have hit the industry in recent months will certainly impact how real estate agents are paid and by whom.

“But at the end of the day, what isn’t going to change?” Inman asked. “People want to own homes, I think everywhere, all over the world. And you know what else they want? They think it’s complicated and difficult, and they want someone to help them.”

Inman called on leaders in the industry to tell lawmakers how they want pay structures in real estate to evolve over the years, rather than passively waiting for lawmakers to impose new laws on the industry.

When it comes to personal transformation and metamorphosis, Inman had several tips for how to live healthier, more enriching lives. “We can choose to enjoy life, we can choose that, it doesn’t come to us,” Inman said. “We can choose to stay healthy and live longer. We can choose to give more than we take and once you cross that chasm — I get chills — your life is enriched.”

Here are a few key tips Inman had for the audience, to enrich their lives in 2023.

“And I’ll end with this,” Inman said in closing. “Stop taking yourself so seriously and let go of that crazy-making stuff in your head and enjoy life, and then, we’ll all be transformed. Thank you, I love you.”