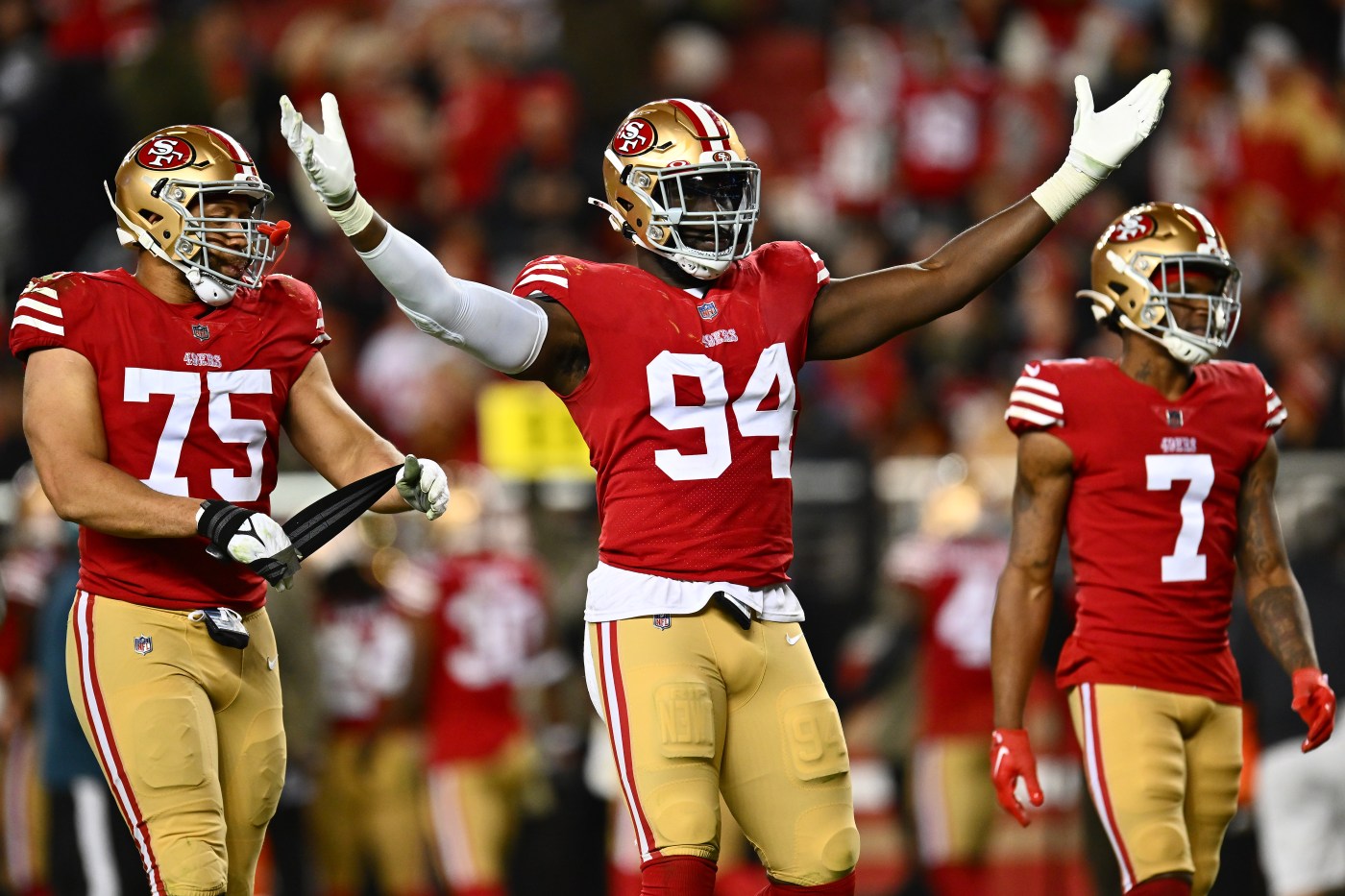 Shanahan, speaking before Wednesday’s practice, said: “We’re letting the legal process take care of itself, so if he’s healthy, he’ll play this week.

“We’ve looked into it the last 48 hours, not only himself but other people,” Shanahan added. “We don’t feel we should kick him off our team at this time.”

The NFL apparently has no objection, as a league spokesman said Tuesday: “The matter will be reviewed under the league’s personal conduct policy. There is no change to his status.”

The No. 2-seed 49ers fly out Friday afternoon for Philadelphia, where they’ll face the top-seeded Eagles at Lincoln Financial Field for a spot in Super Bowl LVII.

Monday night, Omenihu was booked into Santa Clara County jail and released on bail, after police responded to his Santana Row home where a woman told them Omenihu is her boyfriend and that he “pushed her to the ground during an argument.” She complained of arm pain, but officers “did not observe any visible physical injuries” and she declined medical attention, according to a police news release.

Omenihu has played every game in what’s been a breakout season for him ahead of his first potential taste of free agency in March. Aside from being a backup defensive end in their rotation, he’s taken on more responsibility this season by lining up as an interior rusher on third downs, similar to how the 49ers used Arden Key in last season’s playoff push.

Omenihu sustained an oblique injury in the first quarter of Sunday’s 19-12 playoff win over the Dallas Cowboys, and, after being examined in the locker room, he returned to total 15 snaps in his role as a versatile defensive lineman. He was acquired in a November 2021 trade with the Houston Texans, who selected him in the 2019 draft’s fifth round out of the University of Texas.