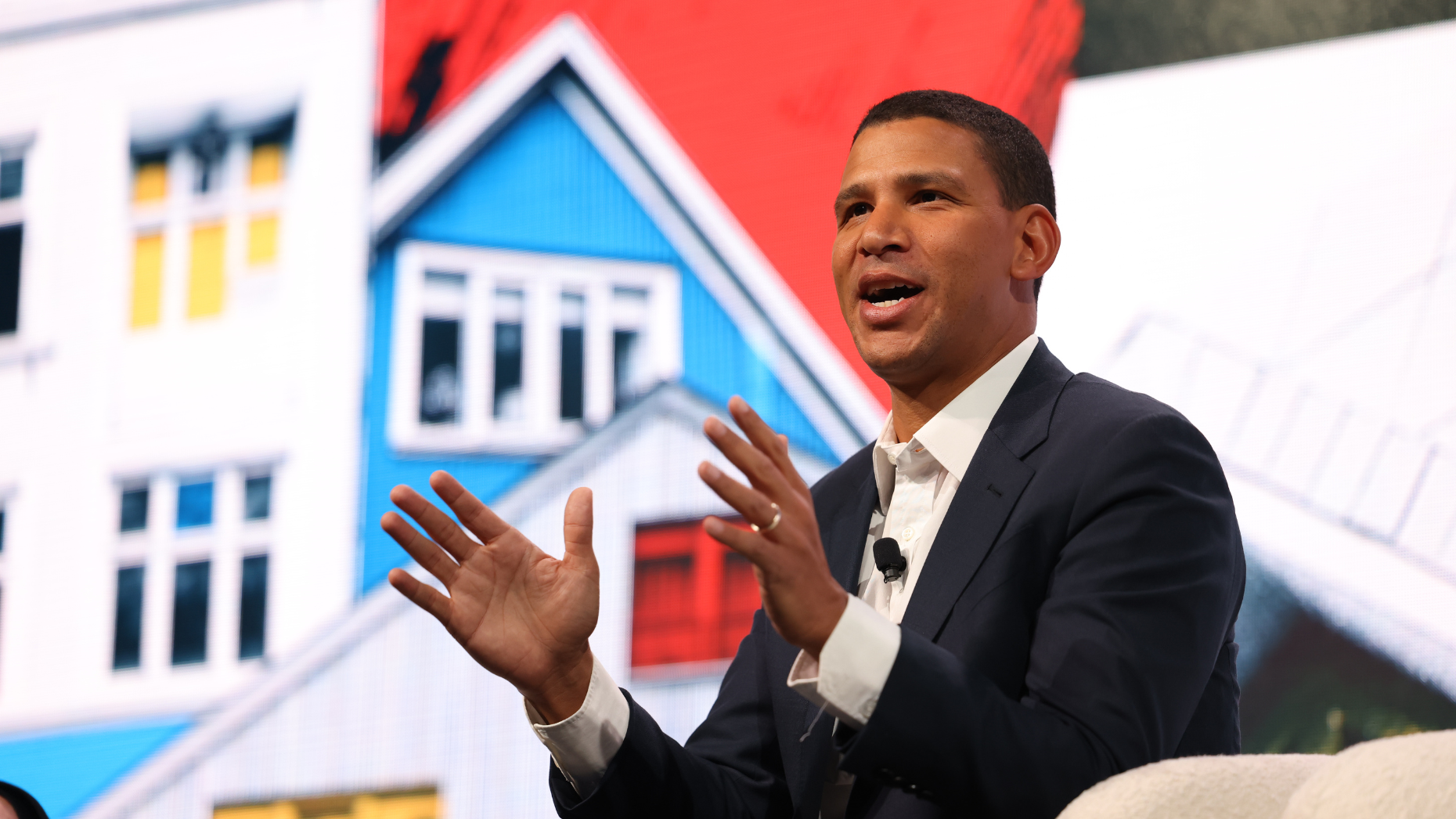 In March 2020, the home office finally stepped into the spotlight as COVID protections brought in-person interactions to a halt. Brokers invested thousands in Zoom and other technologies, and agents spent just as much transforming abandoned rooms into elaborate home set-ups that allowed them to keep transactions on track.

Even as those protections relaxed, real estate professionals still embraced the idea of working from home, with virtual brokerages like eXp Realty reaping the benefits. Even brick-and-mortar firms tapped into the trend and began rolling out options for agents who’d rather oscillate between multiple workspaces.

While that worked in a time of bounty, Compass CEO Robert Reffkin said agents must come back to the office if they want to thrive in a rough-and-tumble market.

“I’m all in on in-person. You will never see me [in] a virtual home office again. I took it and donated it,” Reffkin said during his Inman Connect New York session with Inman founder Brad Inman on Tuesday. “I see the home office as the killer of culture and then the reduction of potential and opportunity.”

As proof, Reffkin shared an anecdote from a Compass team leader who had two assistants quit in the past two months. The leader reached out to Reffkin for advice and admitted his scant presence in the office probably led to his staff members’ departures.

“He said, ‘I think I just messed up. I was working at home for the last year and a half, and it wasn’t inspiring again,’” he said. “He’s got it now. You’ve got to get in front of your people.”

Reffkin said he spends four days a week meeting with Compass agents and brokers across the country — a sacrifice he feels is well worth it as a strong culture becomes a stronger recruiting and retention tool.

“In the fall I traveled four days a week — on coach — giving the money to the company,” he quipped. “I didn’t know the rules [about airplane etiquette], but I read there’s a while etiquette about who gets which armrest.”

Reffkin admitted the call to return to the office does put pressure on brokers’ bottom line, with Compass even deciding to sublet a few floors of its NYC headquarters as it takes on other cost-tightening measures including several layoffs and lessened financial incentives for new agents.

“But I think you have to be in person,” he said in response to Inman’s question about Compass’ profit and losses. “When I talk to any agent, they’re like, ‘What can I do? And what can I do for you?’”

“[I say], ‘The one thing you can do is go to the office every single day and walk the halls, say hello to each other talk about what’s happened to the market,’” he added. “We have to bring back culture and community to Compass.”

Reffkin said his new stance on virtual work is only a small piece of the transformative work he’s had to do as a leader over the past 12 months as Compass weathers stock market fluctuations, a market slowdown, and the pressure to reach and maintain profitability.

“For the first nine or 10 years of Compass, the world was focused on growth and growing companies. So we grew faster than any other company, and that’s why we were able to raise $2 billion to invest in agents,” he said. “If we decided not to grow, if we just said, ‘Hey, we’re gonna be profitable in year two,’ I could not have raised $2 billion to build for agents.”

“But now this last year, the world flipped on a dime, and it moved from growth to profitability,” he added. “And just like agents are great entrepreneurs have to adapt with the market, I have to adapt.”

He said Compass’ cost-savings measures have them on track to reach profitability by the second quarter of 2023 and seize a potential resurgence in buyer activity this summer.

“Definitely more buyers are going to be here in the spring than last fall, so the earlier you can get your buyers off the sidelines, the less they’ll be unhappy with you,” he said while letting off a titter. “But I believe in giving the agent the best, and if you want to get the best you have to give them a culture and an office and community.”

Share
Facebook
Twitter
Pinterest
WhatsApp
Previous article
What’s on Netflix UK in February 2023: new films and TV shows including You season 4 and We Have A Ghost
Next article
Man United can ditch AWB with Gusto move