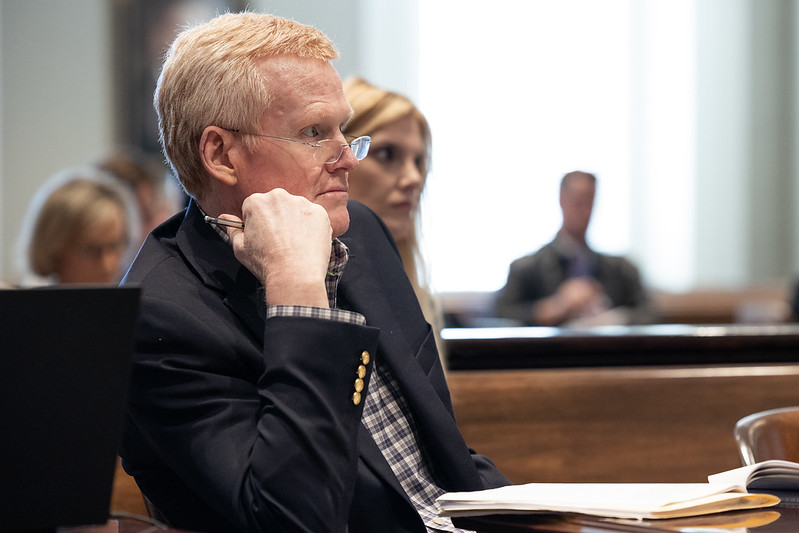 There will be no live video during the jury selection process. Listen to live audio above. Follow reporter Riley Benson @realrileybenson on Twitter for live updates from the courtroom and tune in to News 2 at 4:00 p.m., 5:00 p.m., and 6:00 p.m. for full coverage. Scroll down for live blog.

COLLETON COUNTY, S.C. (WCBD) – A jury pool of over 200 people returned to the Colleton County Courthouse Wednesday morning as final jury selection is set to begin on the third day of Alex Murdaugh’s murder trial.

Murdaugh is accused of killing his wife Margaret and son Paul at their family property in June of 2021.

Get caught up on the Alex Murdaugh investigations

Prosecution and defense will each be allotted a set number of juror strikes, with the hopes of getting an impartial 12-member jury plus six alternates.

The qualification process took a day and a half, with Judge Clifton Newman asking everyone called for jury duty a series of questions such as whether they have heard of Murdaugh’s case and whether they have already formed an opinion on his guilt or innocence. People were also asked about personal, professional, or social relationships with the Murdaughs, any of the parties involved in the case, or any of the 200+ potential witnesses.

If jury selection is completed Wednesday, opening arguments are expected to begin.

Share
Facebook
Twitter
Pinterest
WhatsApp
Previous article
Vishal Garg is Back, with Plan to Save Better: The ‘One Day Mortgage’
Next article
More Californians are dying at home. Another COVID ‘new normal’ – Chico Enterprise-Record