Homosexuality not a crime – Baltimore Sun 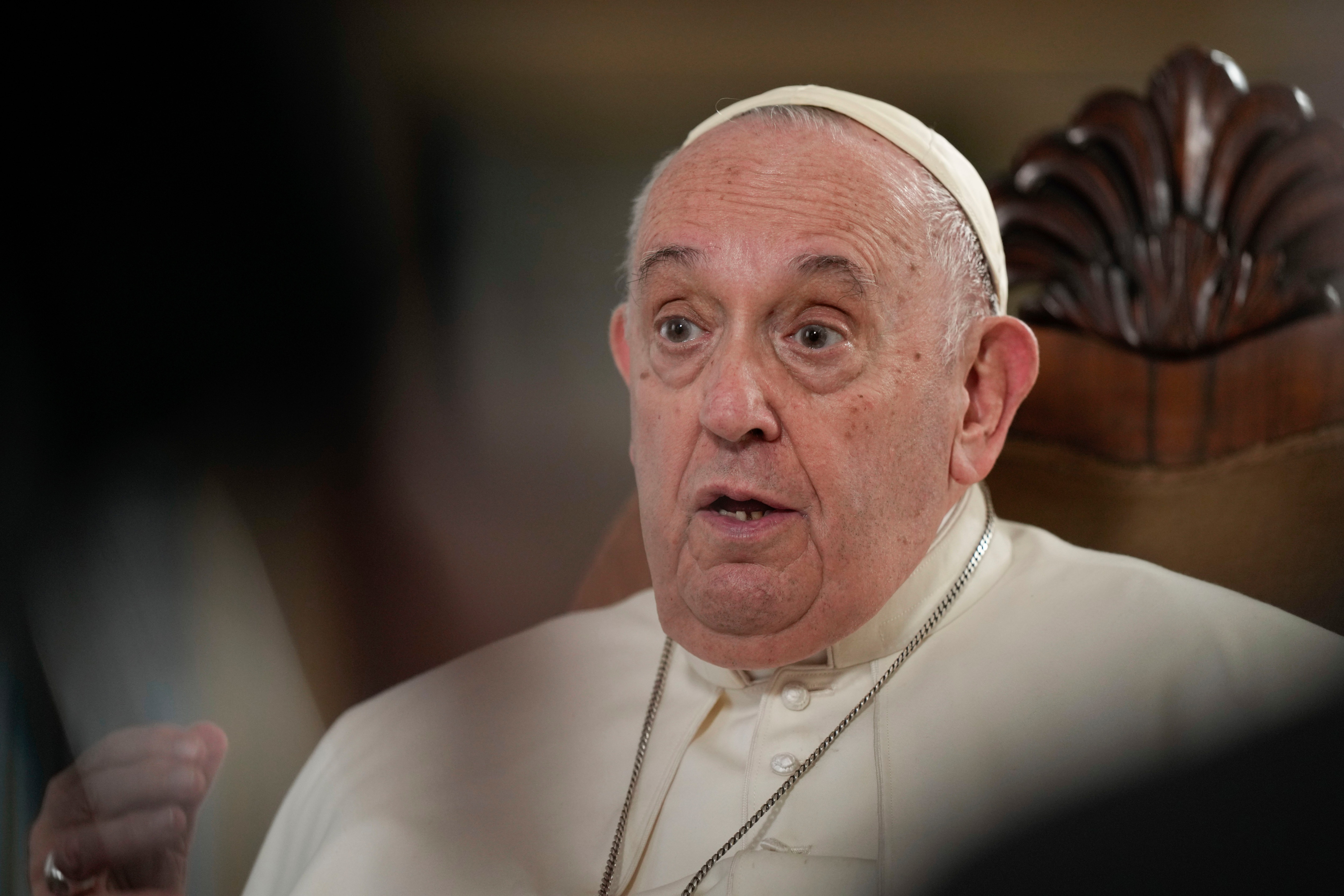 Vatican City — Pope Francis lamented that the use of guns by civilians to defend themselves is becoming a “habit.”

In an exclusive interview on Tuesday with The Associated Press, the pontiff, who has frequently criticized the arms industry, was asked about the large number of guns in civilian hands and frequent massacres in the United States. Francis expressed concern about how recourse to guns has become “habit.”

Francis has denounced the arms industry as trafficking in death. Francis said he wants to draw attention to the problem by saying: “Please, let’s say something that will stop this.”

The AP asked the question about the proliferation of guns among civilians after recent days saw several shootings, including in California.

Here are some other key takeaways from the interview.

Saying “we must walk patiently in China,” Pope Francis views continued dialogue with Beijing as the guiding principle in his efforts to safeguard his flock, who are a small minority in the Asian nation.

The AP asked what comes next in the diplomatic overtures between the countries.

“We are taking steps,” Francis replied. “Each case (of a bishop’s nomination) is looked at with a magnifying lens.” The pontiff added that “that’s the main thing, the dialogue doesn’t break.”

As for Chinese authorities, “sometimes they are a little closed, sometimes not,” Francis said.

The pope sidestepped a question about how the Vatican’s relationship with Taiwan affects the dialogue. The Holy See is one of the few states to maintain formal ties with Taiwan instead of with China.

Francis has been criticized by more conservative factions of the Catholic Church for a 2018 agreement with Beijing over the appointment of bishops in China, given how that country’s Communist authorities have at times imprisoned priests. Among his harshest critics is Cardinal Joseph Zen, the bishop emeritus of Hong Kong.

In the interview, Francis called Zen, who is 91, a “charming old man,” and a “tender soul.” He recounted how, when the cardinal came to Rome this month for the funeral of Pope Benedict XVI, the pontiff invited him to the Vatican hotel where Francis lives. In front of the pope’s private study is a statue depicting Our Lady of Sheshan. Francis said when the cardinal saw it, “he began to cry, like a child.”

Zen was arrested last year after he fell afoul of Hong Kong authorities over his participation in a now-silenced democracy movement.

Pope Francis has stepped up his criticism of discrimination against members of the LGBTQ community. He called laws criminalizing homosexuals unjust but reiterated Catholic Church teaching that homosexual activity is sinful.

“Being homosexual is not a crime. It’s not a crime. Yes, it’s a sin. Well, yes, but let’s make the distinction first between sin and crime,” he said.

The 86-year-old pontiff was asked to assess his health.

“I’m in good health. For my age, I’m normal. I might die tomorrow, but I am under control. I always ask for the grace the Lord will give me a sense of humor,” he said.

His predecessor, Pope Benedict XVI, was the first pontiff in 600 years to resign. Following Benedict’s death, Francis was also asked about the need for rules for any future retirement.

“After some more experience … then it could be more regularized or regulated,” he said. “But for the moment it hasn’t occurred to me.”