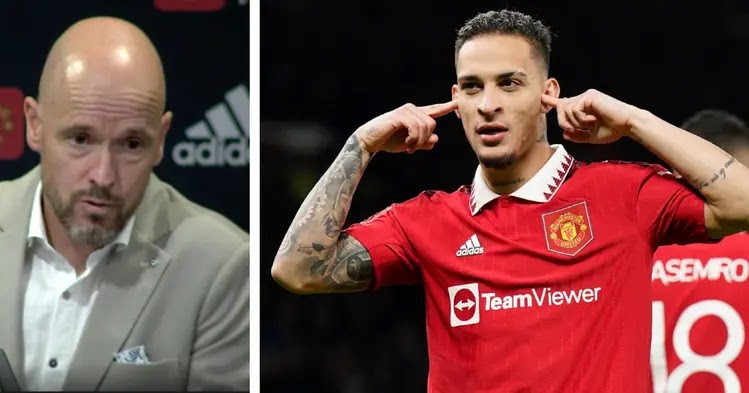 “When he’s playing, the team is winning,” said Erik ten Hag of Antony during his pre-match press conference.

“That already gives a message of how well he is performing. He can do better, I see space for improvement.

“For instance, and I think also you know this, we want him to be more direct and be more involved. But, as I said, the team is performing better if he is on the pitch.”

The Manchester United boss continued: “That’s a good thing, that’s a good base to build further. I think he has already made an improvement. In his first three [league] games, he scored three goals.

“But I think with his capabilities, with his talents, he can do even more. But as I said, I think he has [made] a good contribution in the team.”

Antony has come in for a lot of criticism lately, with fans and pundits questioning his abilities on the ball.

However, with Ten Hag’s guidance, the young Brazilian must work on making himself better. His hefty transfer price doesn’t help but Antony must get used to the harsh spotlight at Old Trafford.