If the NBA doesn’t care about the regular season, should you? – The Mercury News 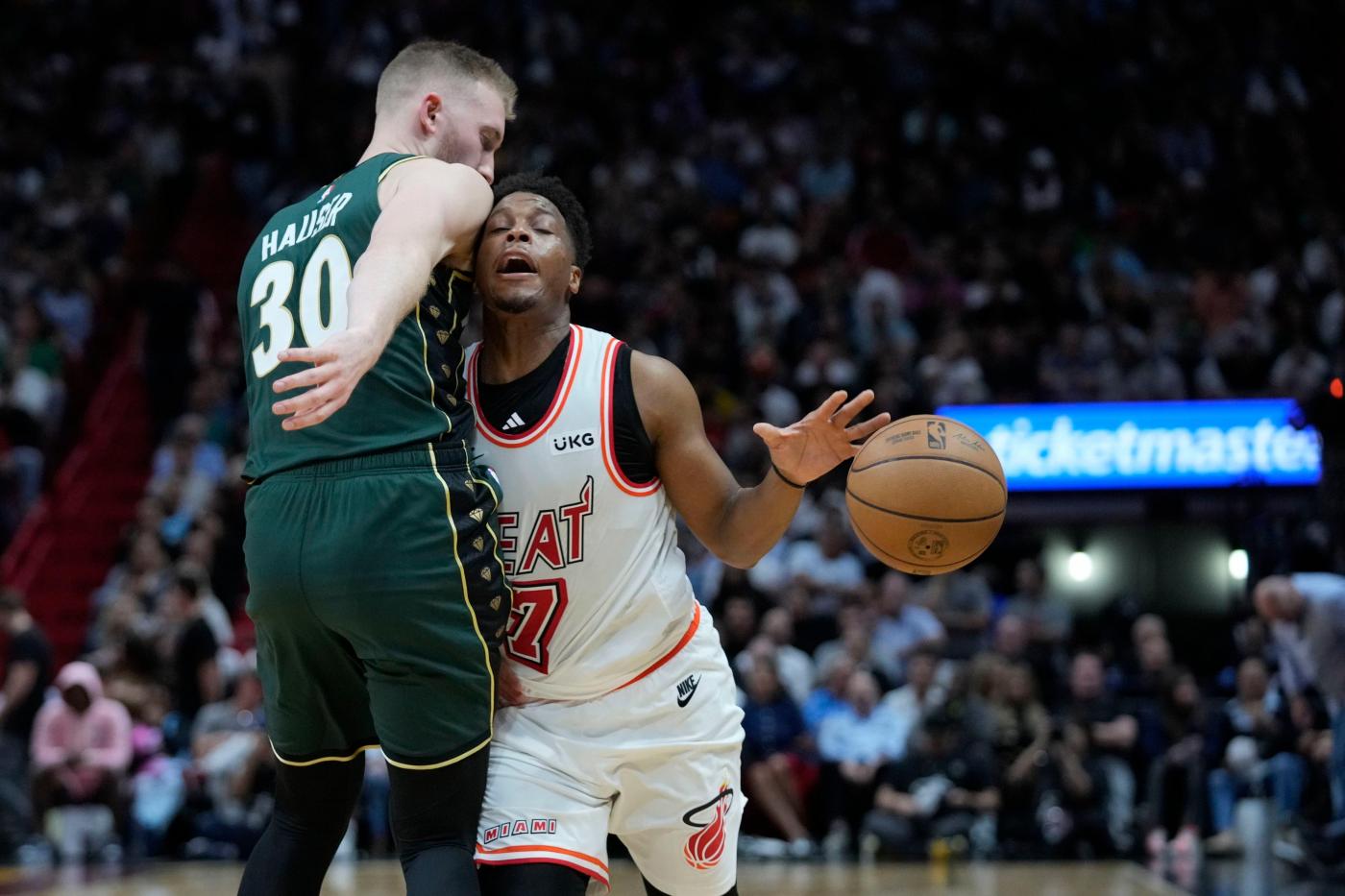 The Boston Celtics injury report early Tuesday afternoon sure made it sound unfortunate, as if random and rotten luck with injuries kept three starters and five players out of their game against the Miami Heat.

The Heat had an announcement of their own after pre-game warmups, just as people were arriving to the arena: Jimmy Butler suffered from lower back tightness and would sit out, too.

Let’s agree Butler was hurt and couldn’t play. The problem in today’s NBA is so many players are taking nights off you never really know who’s hurt anymore and who doesn’t want to play.

If the players and teams don’t care about the regular season, why should anyone else care?

On Broadway, they at least advertise ahead of time when a lead character is out so the ticket-buying public knows what it’s paying to see. In the NBA, it’s become accepted that a handful of starters won’t bother to play.

Boston guard Jaylen Brown suffered Tuesday from that contagious condition known as, “right adductor injury management” issues. Throw in absences by Boston’s Al Horford (lower back stiffness) and Marcus Smart (right ankle sprain) and the Heat’s Butler and a possible measuring-stick game between Eastern Conference teams was the festering story of the NBA.

The pandemic is over but players haven’t returned to the workplace.

This was a national television game, too, meaning TNT analysts bent larynxes over backward trying to twist the absences into good news. Boston’s Jayson Tatum was congratulated for playing most games and supporting stats showed he averages 34 points on the second half of back-to-back games (Boston played in Orlando on Monday).

Network analysis was given on the difference between “injury management” and “load management” for players miss games. The network also tried to make a feel-good story of a young Heat fan from Argentina who held up a sign to Butler saying, “Hey Jimmy: We flew over 4,405 miles to see you play. Can we get a photo or a big-face coffee?”

The kid was caught on camera getting the bad news of Butler’s absence, dropping his sign and holding his head in his hands. The Heat brought him down to the court and showered him with presents. Good gesture.

Now, what about the other thousands of fans?

The adopted thinking in the NBA is only the playoffs matter and so players should be burdened with playing too much. You get it. That’s the big picture. But what about the small picture of paying for a night of NBA basketball and getting a G-League game?

Last weekend, Golden State played so few of its stars in its lone trip to Cleveland this season it burst into a national conversation. Golden State coach Steve Kerr proposed reducing the regular season from 82 to 72 games. Another idea: Reduce the current 20 playoff teams to 10 to make the games matter.

Decades ago, Heat president Pat Riley proposed playing a 60-game regular season where a conference winner was anointed each 20 games and awarded top playoff seeds to give the games meaning.

That was an era when players actually played most nights, too. Michael Jordan played at least 78 games in 12 of his 14 seasons (excluding his 17-game return from baseball in 1994-95). He played all 82 games in his final season at age 40.

Now only a handful of players show up each night. No other sport has this issue. Look at the similar 82-game schedule of hockey. Leading scorer Connor McDavid has played all 48 games for the Edmonton Oilers. Go down the list of the top 50 scorers and only a few with legitimate injuries have missed more than a handful of games unlike in basketball.

The culture of hockey is such that Florida Panther center Sam Bennett was helped off the ice with a leg injury in Monday’s game at the New York Rangers and returned to the game. That’s the culture of that league.

The Butler-less Heat beat whichever Celtics showed up, 98-95. What it means considering who didn’t play is anyone’s guess.

The ol’ NBA coach, Woody Allen, said, “Eighty percent of success is showing up.” The NBA doesn’t define success that way now. It tells everyone the regular season isn’t worth playing.

If they don’t care, should you?

‘I only see Odegaard leaving Arsenal if it is for Barca’: Rio Ferdinand