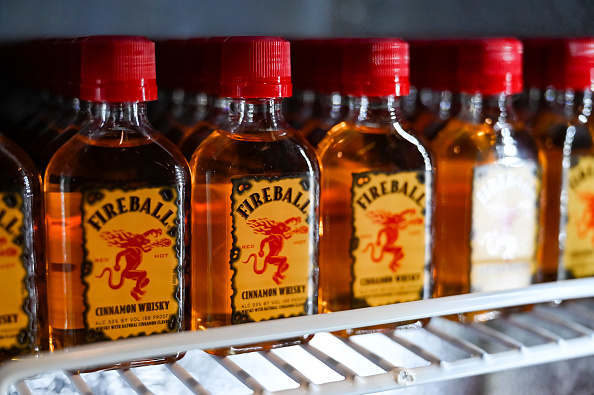 TOPEKA (KSNT) – A class action lawsuit against the maker of the popular Fireball Cinnamon Whisky filed in January 2023 alleges the brand mislead consumers with one of its bottles.

Sazerac Company Inc., the maker of Fireball, is being sued by an Illinois citizen who claims the company sold smaller bottles of Fireball at gas stations for $.99. However, the lawsuit claims these specific bottles did not contain whiskey in them, rather a malt beverage.

The bottle, labeled as “Fireball Cinnamon” sold at non-liquor stores, did not contain the word “whisky” on the label as the original “Fireball Cinnamon Whisky” bottle has. The lawsuit said the flavor of this specific bottle was, “malt beverage flavored to taste like its cinnamon whiskey.”

The lawsuit contends that the bottle may look similar, but most people were not looking close enough at the labeling on the bottle in which small font reads: “Malt Beverage With Natural Whisky & Other Flavors and Carmel Color.” The lawsuit said using these terms was a clever “turn of phrase” knowing consumers might not read the fine print, which could mislead them into thinking it contained distilled spirits.

Kansas is one of the states joining the lawsuit.

Share
Facebook
Twitter
Pinterest
WhatsApp
Previous article
Justin J. Pearson becomes one of youngest lawmakers in TN
Next article
This former CIA analyst has something to say about the classified documents crisis — and it’s likely not what you think