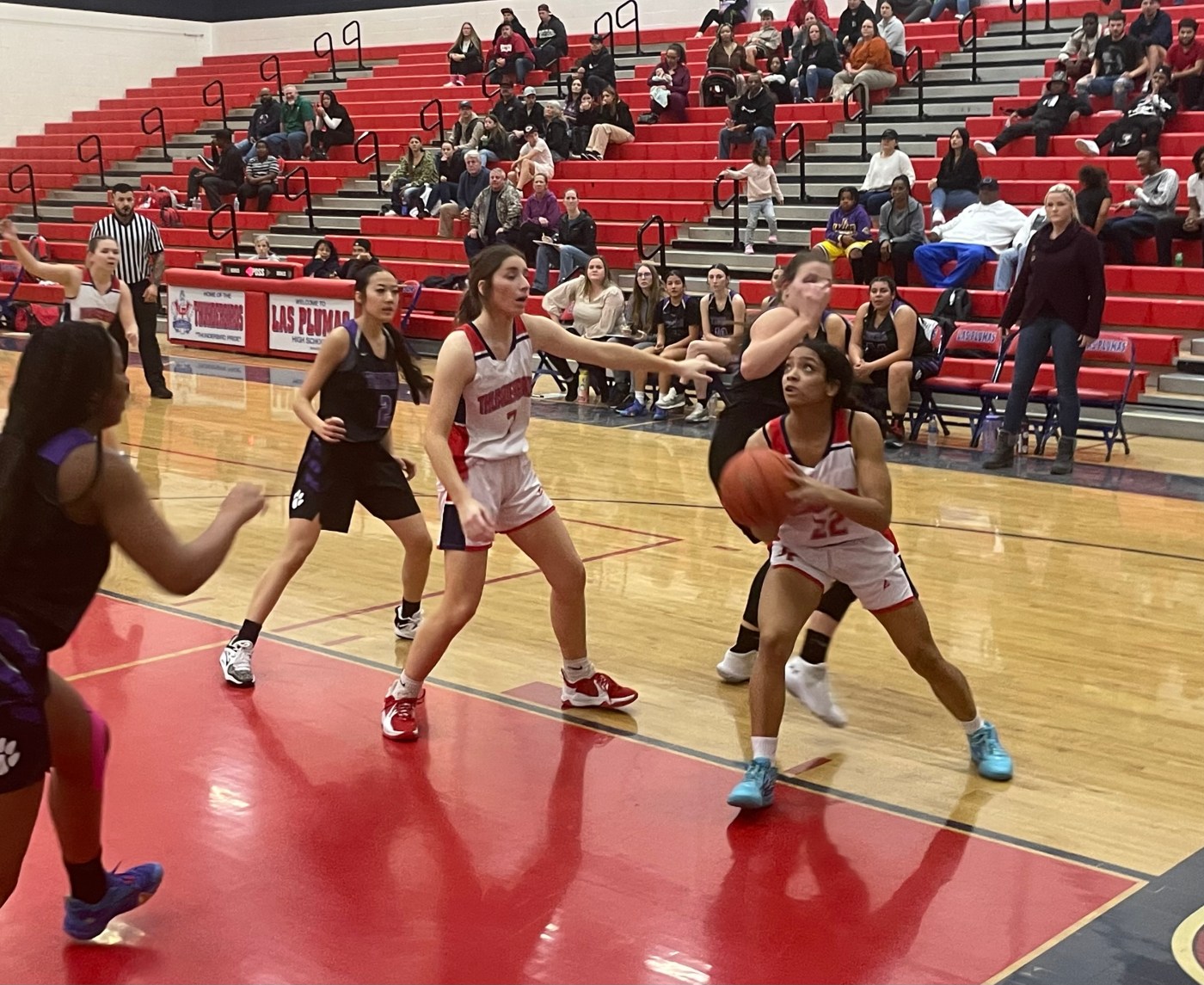 LP led 10-0 after the first quarter and extended its lead to 25-6 at halftime. A 3-pointer by LP senior Kaylee Johnson gave the Thunderbirds a 36-11 lead just before the end of the third quarter, their largest of the game.

In the fourth quarter Oroville outscored LP 12-10 led by seven points by Haylee Simms, but leading scorer Leila Jackson fouled out and was held scoreless in the fourth. Simms led the Tigers in scoring with nine points, all in the second half.

Jackson, a junior who averages 9.7 points per game, was held to four points that all came on free throws. LP coach Toby Thompson tasked Jackson’s cousin Velma Holmes as well as Sklyar Lewallen with guarding Jackson and loved the effort he saw.

“Layla is a very good player, she causes problems for everyone she plays against,” Thompson said. “It’s trying to keep the ball out of her hands and helping out a lot. We were helping a lot on her and we want to make her shoot outside shots, but don’t let her get to the dribble because she’s deadly when she gets to the paint. We’re making her shoot outside and helping out and communicating. Hats off to the girls and how they played tonight.”

Thompson added pump fakes on offense were key as well to get Jackson into foul trouble, as she loves to leave her feet and is a great shot blocker.

In the second half LP defeated Oroville 21-20, something that has been a concern of Thompson. He said his team has struggled in the fourth quarter, and that if the Thunderbirds had won the second half just as they won the first half, it would send a statement going into the next matchup between the two teams.

“We’ve had a tough time finishing,” Thompson said. “We’re young, we have a sophomore and a freshman that start and nobody wants to be that one and take that shot. It’s like hot potato in the fourth quarter. It’s like ‘not me, I don’t want to be the one to miss this.’ I tell them I want shots.”

After the game one of LP’s captains, senior Grace Benedict, reflected on her last home game against cross-town Oroville.

“It means a lot. I’ve played against these girls since we were in middle school so its just a whole bunch of bonding and I love playing against them,” Benedict said. “I think it’s just all of Oroville and some of us girls this is going to be the last time playing them at home, so it means a lot more to go out and win and play with our hearts. This game just meant a lot.”

Thompson said the win Tuesday was very important as it puts the Thunderbirds’ Butte View League record at 2-2 and third in the BVL standings behind Orland (14-9, 4-0 BVL) and Gridley (15-6, 3-1 BVL). LP lost 39-30 to Gridley on January 10 and 62-43 against Orland on January 17, but the Thunderbirds outscored the Trojans in Orland in the second half.

“This was big because it puts us at 2-2. We played Gridley here we lost a tough one. Orland took us to the woodshed,” Thompson said. “We’ll have to play very very good against Orland to have a chance.”

LP led Gridley 24-23 after three quarters in the two teams’ first matchup, but the Bulldogs outscored the Thunderbirds 16-6 in the fourth quarter to secure a nine point victory.

“Gridley, I think we’re going to give them all they can handle Friday night,” Thompson said.