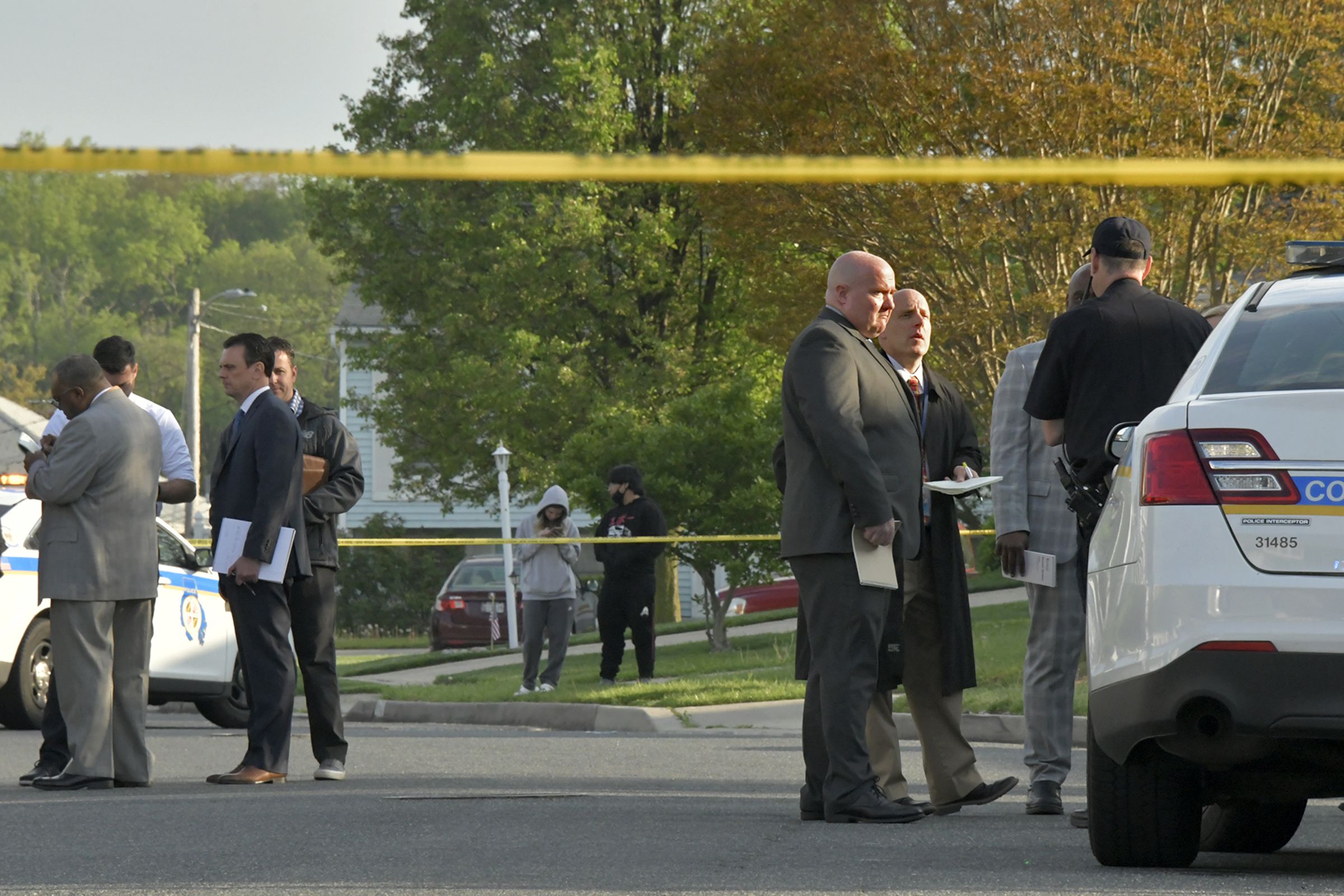 When the state attorney general’s Independent Investigations Division wrapped up its investigation of last February’s police killing of Donnell Rochester, investigators handed the findings and legal analysis over to local Baltimore prosecutors.

It was up to the local state’s attorney’s office to decide whether the officers should face charges.

Earlier this month, State’s Attorney Ivan Bates issued his decision — the officers’ use of force was justified under the circumstances — despite the attorney general’s investigative unit’s finding that criminal charges could be possible, particularly because of the fatal fourth shot from an officer who ran into the path of Rochester’s moving vehicle.

An influential lawmaker and Maryland’s new attorney general hope to see that process change in this year’s legislative session.

Rather than turning over an investigation to local prosecutors, Sen. Will Smith plans to introduce a bill that would give the power to make charging decisions to the attorney general. Smith introduced a similar bill in 2022, but the legislative effort failed.

Smith, a Montgomery County Democrat who chairs the Judicial Proceedings Committee, told The Baltimore Sun in an interview that the change is necessary because it “completes the circle of independence” in both investigations and prosecutions of police-involved deaths.

Attorney General Anthony Brown declined to comment on the specifics of Rochester’s case, but said he believes the attorney general’s office should have prosecutorial powers because it makes sense for the investigating agency to have the final say.

“It’s a best practice,” he said of being given the power to prosecute in addition to being charged with investigating all police-involved deaths. “We don’t have a best practice in Maryland because you have one organization, the office of the attorney general, who is conducting and shaping that investigation and you have another authority who is making that [prosecutorial] decision based on my office’s investigation.”

Brown’s predecessor, Brian Frosh, offered similar testimony to the legislature in 2022, telling lawmakers then that while his office did not seek out the responsibility, having prosecutorial powers would standardize the process and be a best practice.

Bates, in a statement to The Sun, explained his stance on the decision not to charge the officers in Rochester’s death, stating that although his office found evidence that theoretically could support the required elements of certain charges, he didn’t believe they could mount a successful prosecution.

“Based on our expertise, it was determined that there are valid legal defenses, and we would not be able to overcome those defenses based on legal standards under current case law,” Bates said. “These decisions are always challenging to make and carry much weight. While I understand the pain and frustration of the family, I took an oath and had an ethical responsibility to make the right legal decision in this case.”

Bates said he could not offer comment on whether his administration supports changing the office responsible for making a determination on criminal charges in similar cases until he has an “opportunity to review and fully understand the bill.”

Police and prosecutors have a unique relationship in the criminal justice system, working closely together on cases to achieve convictions. That can raise questions when those same prosecutors are expected to turn around and make prosecutorial decisions about police actions.

It was always Smith’s intent, he said, to grant the attorney general the power to prosecute the police-involved fatality cases its Independent Investigations Division now examines.

He pointed to a recommendation from President Barack Obama’s 21st Century Policing taskforce that suggested independent prosecutors review for possible prosecution cases involving deadly use of force, officer shootings and in-custody deaths. The 2015 report advised outsourcing those decisions would “demonstrate the transparency to the public that can lead to mutual trust between community and law enforcement.”

Smith and other supporters weren’t able to include that provision in the 2021 police reform package, in part due to opposition from state’s attorneys. Now, however, he hopes there’ll be a different outcome.

“Very few, if any, prosecutorial decisions raise that level of possible conflict of interest,” Smith said, adding that the investigative unit’s work so far has “proven that this idea works and that it’s useful for restoring trust and ensuring transparency.”

Rich Gibson, the Howard County State’s Attorney and president of the Maryland State’s Attorneys’ Association, said the organization had not yet taken a position on the potential change this legislative cycle, but that it had opposed it in the past.

Gibson, who said he’s personally conflicted on the issue, said a quarter of the 24 elected officials have changed from last cycle to this one.

Local state’s attorneys, Gibson said, have articulated in the past that they believe they can evaluate cases fairly and, if there is a “real, genuine conflict,” ask neighboring jurisdictions for assistance handling cases. Gibson contrasted local state’s attorneys and the attorney general, arguing that the local prosecutors are directly elected by communities they serve, rather than the entire state.

As for the idea the change would boost independence and eliminate conflicts of interest, Gibson said prosecutors regularly evaluate the police they interact with on cases.

“I don’t want to chase specters. I want to react to actual evidence of actual conflict that’s being ignored and leading to negative results. And I haven’t seen that,” he said.

The changes proposed this year, similar to last year’s failed effort, would round out reforms to the attorney general’s investigative process, Smith said. It would follow last year’s tweaks that clarified the Independent Investigations Division was the “primary” entity responsible for investigating police-involved fatalities and gave it subpoena power. Lawmakers also clarified last year the unit should handle police-involved injuries likely to result in death. Independent Investigative Division Chief Dana Mulhauser told lawmakers in 2022 that the law as currently written is insufficient.

“The bill that created our division, like most bills that create most things, has some things that need clarifying,” Mulhauser said then.

Mulhauser warned lawmakers in her 2022 testimony that a local agency’s interference in the investigative process was possible, and that lawmakers needed to make clear how disputes should be handled.

Frosh’s administration sued the Harford County Sheriff’s Office after being blocked from reviewing evidence in an incident where sheriff’s deputies shot and killed a man holding a cane. A judge ordered the sheriff to turn over all evidence to Mulhauser’s unit.

Smith didn’t point to specific cases that proved the need for the attorney general to make charging decisions, but said the Harford County incident was “instructive” ― the state’s attorney made the decision not to prosecute before Mulhauser’s unit finished its report.

“It certainly wasn’t the prudent thing to do,” Smith said. “It shows you that you really do need to have this all invested in one body, one entity.”

Brown said asking his office to investigate a shooting while leaving the prosecutorial decision in another agency’s hands creates “inherent tension” between his office and state’s attorneys around Maryland.

“Weeks, months later when we finalize our report, we may very well be handing over a report they would’ve done differently,” Brown said.

In the case of Rochester, 18, who was shot and killed Feb. 19, prosecutors determined officers had acted “reasonably and lawfully” because Rochester drove a vehicle toward an officer, creating a life-threatening situation.

The Independent Investigations Division months earlier had found, however, an officer fired a fatal fourth shot when Rochester no longer posed a threat to him or any others. State investigators, as per policy, did not offer a recommendation on possible criminal charges. But they said it would have been possible for prosecutors to prove that shot was unreasonable, which could have resulted in a charge of voluntary manslaughter.

That type of legal analysis, which is mandated by Maryland law, is the very basis for the tension between state’s attorneys and the attorney general’s office because the two parties can come to different conclusions, Brown said.

“[The report] is not a chronology of facts, it is not a resuscitation of facts,” Brown said. “It is an analysis of the rules and procedures and laws that govern [police] conduct.”