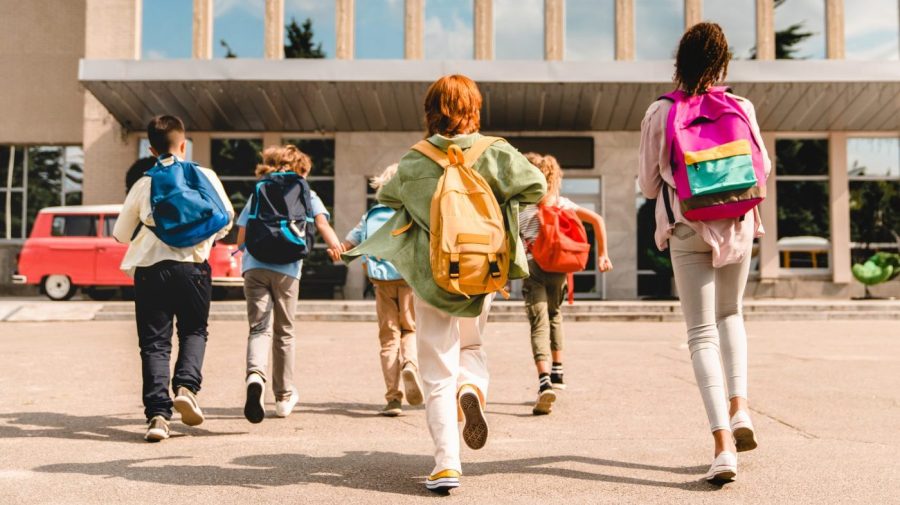 Most U.S. children are using cosmetics and body care products that could contain carcinogens and other toxic chemicals, a new study has found.

About 70 percent of parents surveyed said that their children use items such as glitter, face paint, nail polish, lip gloss and perfumes that are marketed for kids, according to the research, published on Tuesday in the International Journal of Environmental Research and Public Health.

Such products often feature bright colors, animals and cartoon characters that serve “to attract the attention of children,” the authors noted.

At the same time, they warned, research has shown that many of these products contain toxins such as lead, asbestos, phthalates, formaldehyde and per- and polyfluorinated substances (PFAS), also known as “forever chemicals” due to their persistence in the environment and human body.

Such toxins can be particularly harmful to infants and children, with some linked to cancer, neurodevelopmental harm and other irreversible health consequences, the researchers stressed.

“It is important to uncover how makeup and body products are being used by children to characterize risk and improve safety,” wrote the authors, from Columbia University’s Center for Children’s Environmental Health and the Washington, D.C.-based group Earthjustice.

The researchers administered a 39-question survey in the New York, Boston and Houston areas to parents and guardians of kids ages 12 and under about their use of children’s makeup and body products.

Fifty-four percent of children said they used these items at least monthly, while 12 percent reported utilizing them daily, according to the study. Twenty-two percent of kids said that they use the products for more than eight hours at a time.

Older children utilized the products at higher rates than younger kids, and girls used them more than boys, the researchers found.

The product most popular among children was face paint — with 60 percent of respondents reporting use. Approximately 44 percent of the kids said they used hair products, while 41 percent used other facial cosmetics, 32 percent utilized nail polish and 30 percent wore lip makeup, according to the study.

The researchers also identified differences in the use of makeup and body products among children from different communities and cultures.

“Childhood exposure to harmful makeup and body product ingredients can also be considered an environmental justice issue, as communities of color may be more likely to use these products,” the authors stated.

About half of all kids that reported using children’s makeup and body products said that they used them for play. Children from Hispanic/Latinx families cited play as their purpose for using these products more frequently than their non-Hispanic peers, according to the study.

Kids from Hispanic/Latinx households were also more likely to use lip and hair products, as well as fragrances, the authors found.

The authors acknowledged the relatively small size of their study and that oversampling through specific social networks could have occurred due to chain referrals by participants — making the study less representative on a national level.

However, the survey’s availability in multiple languages allowed for broader inclusion and generated results that are “a good preface for future, larger-scale studies,” the researchers argued.

Such future studies, the authors added, could help “further address children’s use of both adult products and children’s products, as well as concerns regarding toxicity and environmental injustice.”