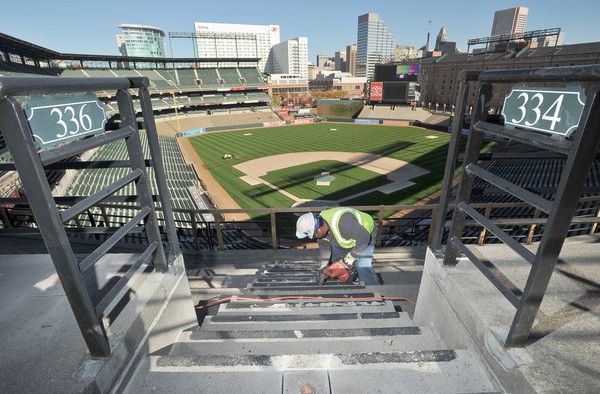 Thomas Kelso, the Maryland Stadium Authority chairman under former Gov. Larry Hogan who has worked closely with the Orioles and Ravens on their stadium leases, won’t be reappointed under new Democratic Gov. Wes Moore.

Kelso is on a list of Hogan appointees that Moore has opted to replace, according to a letter Moore sent this week to state Senate President Bill Ferguson, according to two people who have seen the letter.

The impending change at the top of the agency comes as it negotiates with the Orioles on the lease for their home, the state-owned Oriole Park at Camden Yards. The club has until Feb. 1 to act on an option to renew the lease for five years; otherwise it will expire Dec. 31.

The discussions have continued during a tumultuous period in which the family of ailing Orioles owner Peter Angelos is feuding in court over much of his fortune. Kelso has said the battles would not impede discussions about a new lease that would commit the team to Baltimore for the long term.

Hogan named Kelso, an investment banker and donor to the Republican candidate, to the post in 2015, Kelso gave $16,000 to Hogan political committees between 2014 and 2021, according to campaign finance records.

While talks with the Orioles are ongoing, the stadium authority signed a 15-year lease earlier this month with the Ravens for the publicly owned M&T Bank Stadium. The Ravens plan to upgrade the 25-year-old structure with new field-level vantage points and social spaces for fans, redesigned outdoor plazas, and the excavation of a service level beneath the stands so it rings the stadium instead of stopping partway around.

Driving the improvements, and therefore the lease signing, was a 2022 state law that lets the stadium authority borrow up to $1.2 billion to pay for improvements at the two professional sports stadiums in Baltimore: $600 million each for M&T Bank Stadium and Oriole Park at Camden Yards.

Rangers: Cho could be Colak alternative