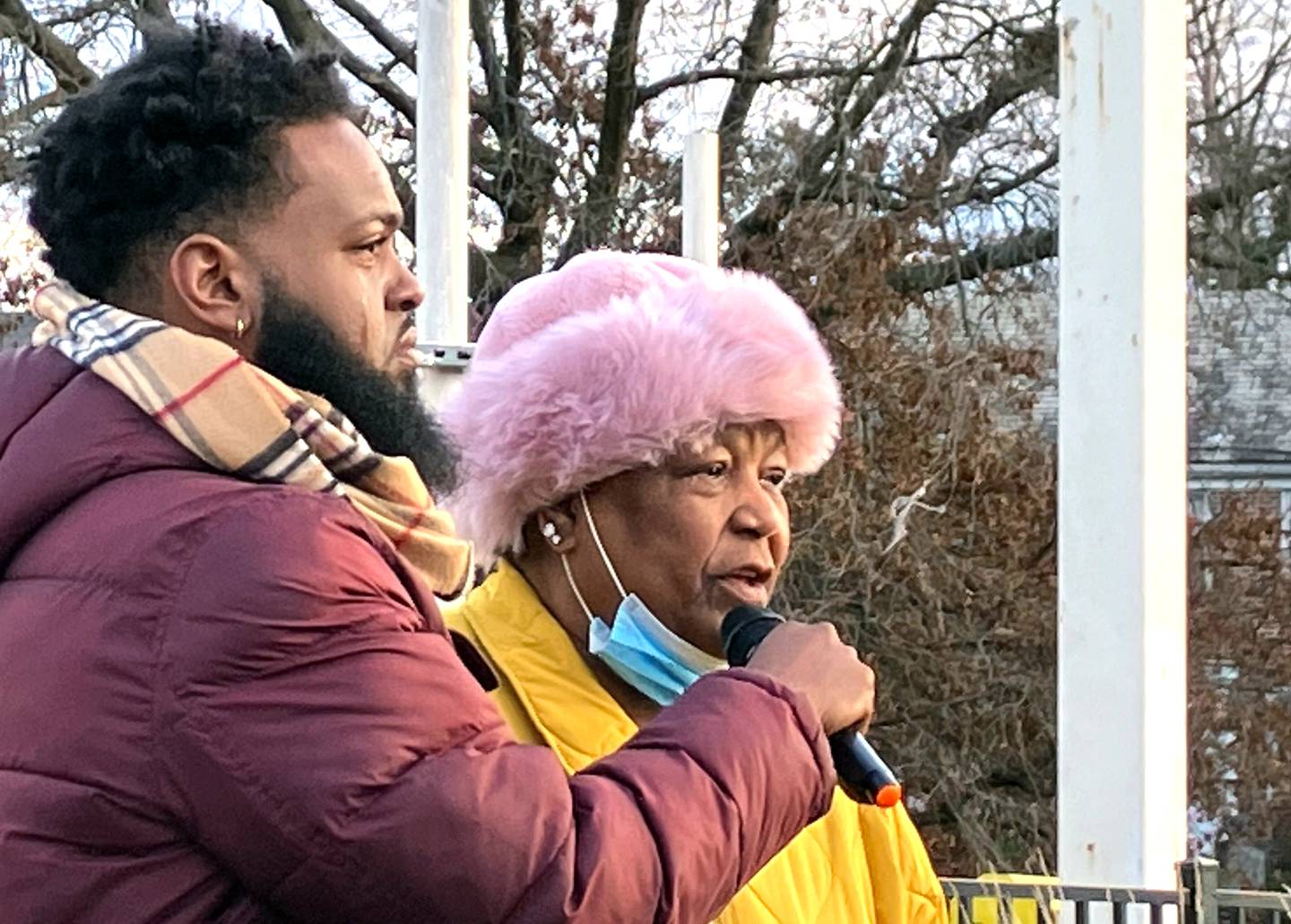 The Baltimore Police Department postponed Wednesday’s public hearing on whether to “padlock” a gas station that was the scene of a fatal shooting in December, citing scheduling conflicts.

Members of the homicide victim’s family and other community members — who have been calling for the police to shutter the BP Gas Station in Northeast Baltimore as a public nuisance — said the police department failed to notify them that Wednesday’s hearing had been cancelled. They are holding a rally Wednesday at 11 a.m. outside police headquarters “to bring attention to the tricks and tactics used by Baltimore City Administrators to deter residents from speaking out publicly about crime,” a press release says.

Jamar Day organized a vigil and rally last month to call for closure of the gas station in the 1500 block of Havenwood Road after his uncle, Albert Stevenson Jr., 56, was shot and killed when he stopped at the station’s store for cigarettes and a soft drink on Dec. 11. This week, Day said the police did not notify him or other members of the community that they were rescheduling Wednesday’s public hearing, and he found out when a Baltimore Sun reporter informed him.

Day, 34, said that before Wednesday morning’s hearing was cancelled, he and others in the community had planned to rally in preparation to enter the hearing as a unit, but without knowing when the event will be, he said it will be extremely difficult to organize people to come to the meeting.

“This is part of the games they play, the Baltimore City politics like to play, when it comes to trying to get justice for our communities,” Day told The Sun. “It’s time for us to step up, and it’s not just business as usual.”

Baltimore Police spokesperson Lindsey Eldridge said the department is working with the business owner and members of the community to reschedule the public hearing, which was originally set for Wednesday at 9 a.m. at police headquarters.

“At this time, we are working with the involved parties to confirm the new date,” Eldridge said. “Additionally, Northeast District Commanders have been working with the business and community members to continue collaborative discussions to ensure a safe environment.”

Echoing the concerns voiced by Day, the Greater Northwood Covenant Association — a six-neighborhood organization in northeast Baltimore focused on keeping communities such as Northwood Commons clean and safe — said it was not informed of the changes, either, and the group isn’t sure why the hearing is being rescheduled.

“I don’t have information and have only been contacted by a family member of a victim pretty much asking the same question,” the organization said in a email to The Sun.

The Northeastern District hosts monthly police commander meetings, and there have been discussions at these meetings with the surrounding community associations, Eldridge said. All of the involved parties requested to reschedule the hearing due to scheduling conflicts and travel, she said.

Northwood Commons, which has been upgraded with a new Lidl supermarket and other stores and restaurants, is not historically known as a violent area, but the BP gas station on Havenwood Road has become “hotbed” for the community’s violence, Day said.

“I don’t know what it is, but the gas station just invites violence,” said Stevenson’s mother, Darlene Thomas.

Faisal Khan, owner of the Havenwood BP gas station, did not wish to comment on the matter.

Police say at least six events involving violence or the illegal distribution of drugs have unfolded on the BP station property or nearby over the past couple of years, including the fatal shooting of Stevenson on Dec. 11.

Police said three men attempted to rob a man outside the gas station in February 2021, cutting his arm with a knife. Officers observing what they believed to be drug transactions seized “suspected marijuana” four times and on two occasions also found loaded guns.

Police Department records show there were 81 calls to 911 about the station over a three-month period. The most complaints, 33, were for disorderly people, with 16 calls referring to drugs. The city’s code defines a location as a “public nuisance” if it has been used for criminal activity two or more times within two years.

About 50 people, including relatives of Stevenson, nearby residents and two Baltimore City Council members gathered next to the station on Dec. 17 to light candles for the homicide victim and urge that it be padlocked. Baltimore City Council members Ryan Dorsey, who represents the district, and Odette Ramos, of an adjacent district, are in favor of padlocking the business.

“Drug dealers know they can meet there. Loiterers know they can go there,” Day said of the BP station. “The business has not done their part to make sure the community and customers are safe.”

Despite many businesses facing the criminal element at their doorstep, businesses in Baltimore have only been padlocked three times over the past decade, according to police.

The Forest Park BP gas station, the Greenmount Avenue Mini Mart, and a BP gas station on Garrison Boulevard, all were padlocked between 2016 and 2018, Eldridge said.

During the same period, there were 18 padlock meetings, and of those meetings, only the aforementioned businesses were padlocked, Eldridge said.