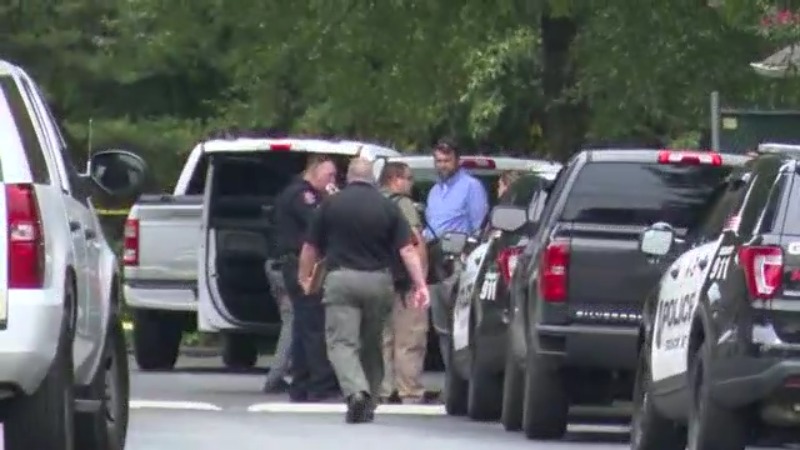 GRAHAM, N.C. (WGHP) — A third suspect was arrested on Friday morning in connection to a double homicide in Graham last month, according to a Graham Police Department news release.

Tayjon Martre Laury, 20, was arrested on one count of probation violation.

He was taken back to Alamance County where he received a $1,000,000 secured bond at the magistrate’s office.

He was also charged with two counts of accessory after the fact to first-degree murder by Graham police. He was given a $2,000,000 secured bond on those charges.

Laury’s arrest follows the arrests of a 14-year-old and 17-year-old suspect on Tuesday after two 16-year-old boys were found shot to death on Aug. 25.

Around 1 a.m. on Aug. 25, officers responded to the 900 block of East Hanover Road when they were told about shots being fired. Also at the scene were Burlington police, Alamance County deputies, SBI and the district attorney’s office.

A second caller reported a person with a gunshot wound. When officers arrived, they found an 18-year-old male who had been shot.

He was taken to a hospital with non-life threatening injuries. Initial information provided did not indicate that there were any other victims.

Around 9:45 a.m., Graham police say Burlington officers told them about a missing person case that had a possible connection to the shooting in Graham.

Around 11 a.m., the detectives found the bodies of two 16-year-old males in a wooded area behind the apartment complex who had apparently been shot.

A woman who FOX8 spoke to and chose to remain unidentified said the neighborhood is normally quiet.

“We see people walking down the street, kind of know each other, so it’s really sad that this is coming to this part of the town,” she said. “It’s definitely…frightening that it’s so close to our residence.”

The investigation is ongoing.

Anyone with information about this incident is asked to call (336) 570-6711 and speak directly to Captain Flood with the Criminal Investigations Division. The public can also leave information anonymously by contacting Alamance County Crime Stoppers at (336) 229-7100.

Kishida set to engage in “condolence diplomacy” around Abe funeral

Oldest winner Tamawashi eager to push on after Autumn success