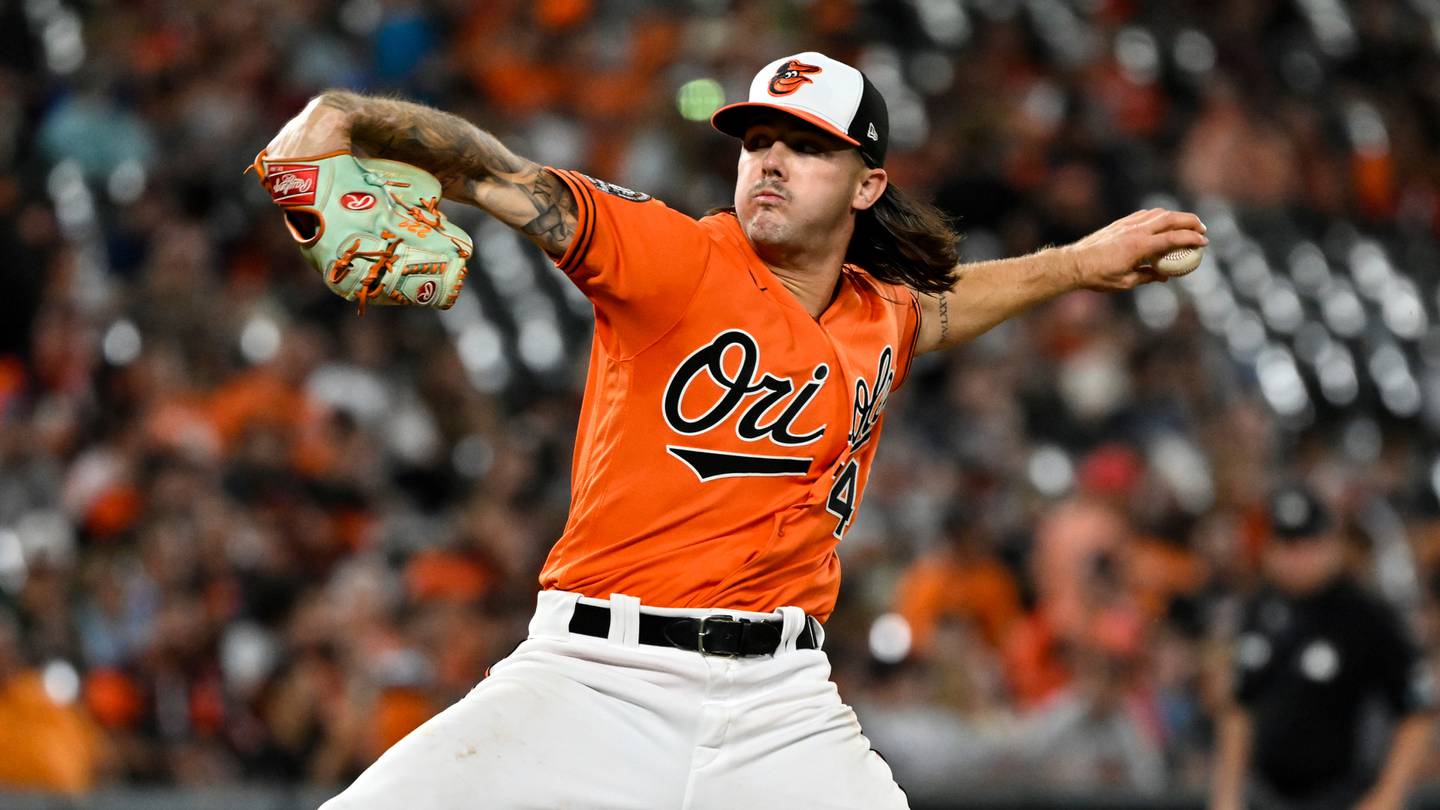 As the 2022 season ended, Orioles executive vice president and general manager Mike Elias declared that the team was “officially in the fight in the American League East.” Elias reiterated that sentiment Friday on 105.7 The Fan, adding that “the goal is to make the playoffs this year.”

The question, though, is if the roster he’s built is able to stack up against the other AL East clubs across a 162-game season. There won’t be a definitive answer for at least several months, but a look at the Orioles’ current 40-man roster shows that versatility will be a cornerstone of the team.

The roster — with several pitchers who have experience as both starters and relievers, infielders who can play multiple spots and catchers who could be asked to play first base — gives the team plenty of maneuverability. But that same pliability could also create some challenging decisions for the club in late March when the major league roster must be set.

Of course, the offseason isn’t over yet. With spring training about three weeks away, Elias still has time to make changes to the 40-man roster — and potentially boost the team’s projected payroll, which ranks 29th according to Cot’s Baseball Contracts. He said Friday that he’s still looking for ways to add to the roster through free agency and trades.

However, significant alterations to the 40-man roster at this stage in the offseason are unlikely, unless Elias is able to strike a deal on the trade market. The free agent market has mostly been pillaged, as each of the top 32 players on MLB Trade Rumors’ offseason rankings have found a home.

As it stands now, the 40-man roster is one with several current or former top prospects, a few seasoned veterans and plenty of flexibility.

This group could give the club the ability throughout the season to both manage workloads and provide depth in the bullpen. Elias said the innings limits on Rodriguez, Hall and Means — the latter of whom is recovering from Tommy John elbow reconstruction surgery and is expected back around midseason — will not be “hard and fast.” Nevertheless, Rodriguez and Hall have never thrown more than 103 innings in a season, while Means threw just eight innings last year before being shut down.

Gibson, a 10-year veteran, is the most senior member of the rotation and the highest-paid player on the team. The $10 million deal for Gibson, who posted a 5.05 ERA with the Philadelphia Phillies last season but had better underlying metrics, is the largest guarantee Elias has handed out during his five offseasons as general manager.

Hall, Voth, Watkins and Baumann all have varying levels of experience coming out of the bullpen, and a couple of them could be long relief options.

With multiple spots essentially etched in stone (Bautista, Tate, Givens and Pérez among them), the final couple seats in the bullpen will be one of the biggest questions throughout spring training. Add in a couple starting pitchers — notably Hall and Voth — who could be moved to relief, and the pool gets even more crowded.

In addition to signing Givens to a $5 million contract, the Orioles also acquired Hernandez, a left-hander, in a trade with the Boston Red Sox and selected Politi, a right-hander, in the Rule 5 draft. Hernandez struggled in his seven relief appearances last season (21.60 ERA), while Politi struck out 83 batters in 69 1/3 innings between Double-A and Triple-A. If the Orioles want to keep Politi, he must be on the major league roster all year.

Unlike the pitchers they’ll be catching, the Orioles’ backstops are set in stone. Rutschman, the AL Rookie of the Year runner-up in 2022, gives the team one of the few star catchers in the majors, while McCann is a veteran who will back up the 24-year-old former No. 1 prospect. After his call-up in May, the Orioles were 50-34 last season with Rutschman — whose 5.3 wins above replacement ranked second among MLB catchers, according to FanGraphs — behind the plate.

The way manager Brandon Hyde shuffles his infielders will be something to track all season, as Henderson, Mateo, Ortiz and Urías all have the skill or experience to play multiple infield positions. Frazier, who Baltimore signed to an $8 million contract this offseason, and Vavra also have outfield experience.

While McCann and Rutschman could be tasked with backing up Mountcastle at first base, the team has accumulated left-handed hitting first basemen Ryan O’Hearn, Franchy Cordero and Lewin Díaz as potential options. None of the three are currently on the 40-man roster, with Díaz clearing waivers and being outrighted to Triple-A Norfolk last week to finally end his carousel that saw him designated for assignment five times in two months.

Unlike the infield group, there isn’t as much to ponder with the Orioles’ outfielders. Mullins, coming off a Gold Glove finalist campaign, is locked in center field with Hays likely in left and Santander in right.

Santander is coming off a bounce-back season with 33 home runs, and Hays had an up-and-down 2022 with a good first half and a bad second half. Stowers figures to be the fourth outfielder and a designated hitter candidate, while McKenna would still serve as the team’s pinch-runner and defensive specialist.