Blight is violent; why aren’t we prosecuting delinquent property owners in Baltimore? 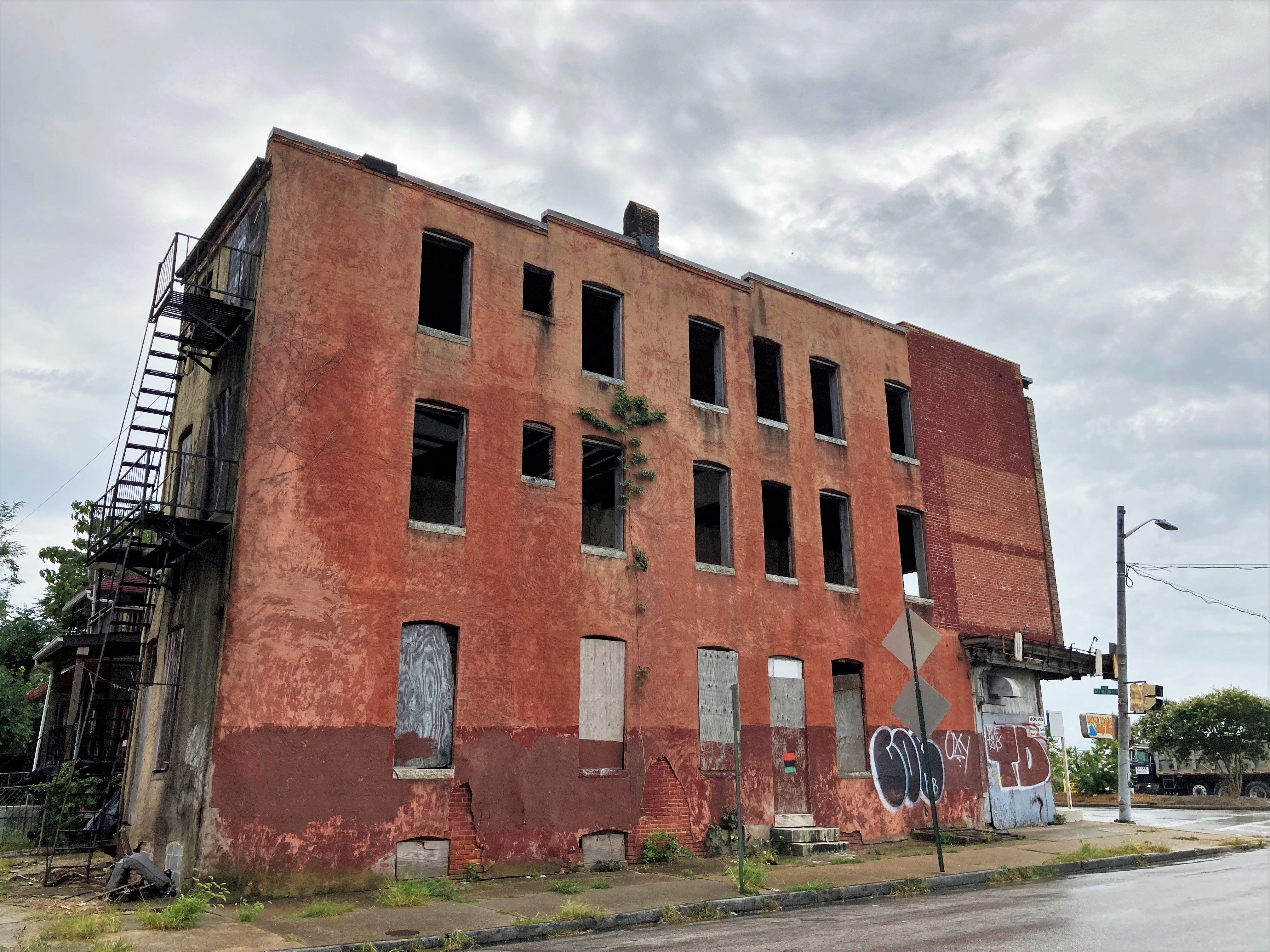 I submitted a single question: Is the state’s attorney or the attorney general willing to bring criminal charges against slumlords for endangering the safety of Black people and communities?

The moderator decided to interpret my question as one addressing vacancy and pose it to former Mayor Sheila Dixon, who was there but not on the panel, instead of asking it as written.

I still want to know the answer.

That made me think: You know who isn’t part of the community? The investors and corporate property owners who buy properties and don’t keep them in good condition.

Many of the panelists spoke about the need for accountability to the community. State’s Attorney Bates said the days of people just doing what they want in Baltimore are over. I wonder if this applies to the investors who own 10, 20, 50 houses in Baltimore with no windows, or doors or roofs? Or does it only apply to those people who stand on corners in front of those houses?

Commissioner Harrison went on to say that the goal was to change the behavior of people committing crimes. But we can’t support behavior change without changing the conditions that people live in.

Since 2016, I have been working to address issues in communities caused by a concentrated number of properties in poor condition — blight. The research and lived experience show that blight is violent, and it begets more violence. Blight can quite literally kill you, as we saw with the deaths of Thomas Lemmon, a resident simply sitting in his car, which was crushed by collapsing vacant rowhouse in 2016; and first responders Paul Butrim, Kelsey Sadler and Kenny Lacayo, who were killed exactly one year ago Tuesday fighting a fire in a vacant rowhouse. In 2022 more than half of Baltimore’s 334 homicides took place near a property that had a vacant building notice, tax lien or was an empty lot.

A study of Richmond, Virginia, neighborhoods concluded violence in the region was “indeed spatially dependent and that company tax delinquency, rather than personal, was a stronger predictor of violence in most neighborhoods. As such, it appears that external sources of neighborhood instability may play an important role in predicting violence in such communities.” Simply put: The actions of non-resident property owners in a community are a greater predictor of violence than resident behavior. Hence, if we want to change resident behavior, we must change community conditions

This finding seems to support what was found in the studies of scientists James Wilson and George Kelling, who in 1982 developed the “Broken Windows Theory,” which indicated that poor physical conditions of properties lead to social disorder. In a continuation of a long American tradition, the Broken Windows Theory was co-opted by police as a new means of criminalizing Black people and communities instead of being used to produce just outcomes by holding owners accountable for the condition of their properties.

This co-option was evident in the town hall, as Bates kept declaring that prosecuting people for “quality of life” crimes was a good way to compel good behavior. If compelling good behavior is obtained through prosecution then State’s Attorney Bates (as well as the Maryland attorney general and the U.S. Department of Justice) should certainly be investigating and bringing criminal cases against investors and corporate property owners who are endangering lives.

Of the 15,000 properties in Baltimore with vacant building notices, which means a property was deemed to have significant issues that made it unsafe for people, 75% are privately owned. Many of these private owners hold multiple properties that are in poor condition. And properties in poor conditions have lower taxes; purposely keeping the properties broken down sounds a lot like tax evasion to me, which is also a crime.

There was a lot of talk from the state’s attorney, attorney general and U.S. attorney at the town hall about addressing violent crime. Well, blight is violent. Get to work.