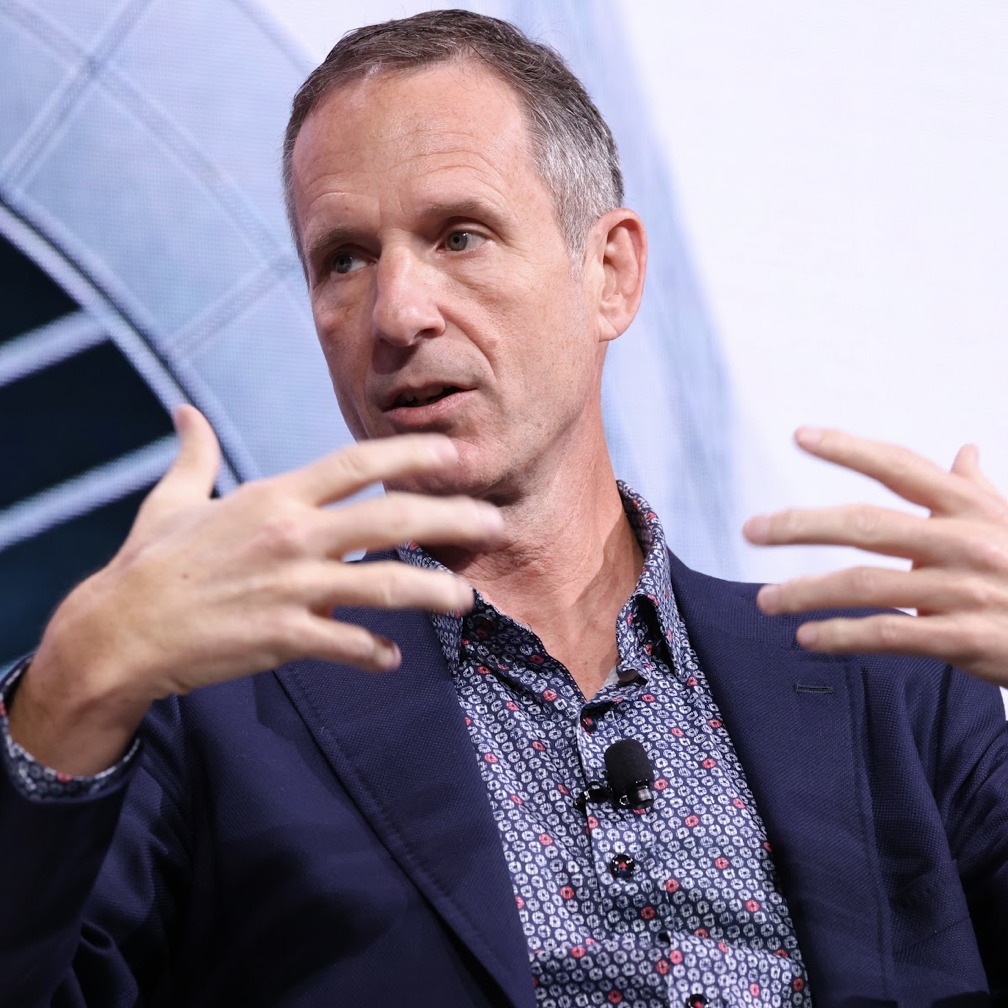 A day after Compass CEO Robert Reffkin dismissed remote work as ‘the killer of culture’ at ICNY, Sanford argued on Wednesday that there’s equal merit to virtual and brick-and-mortar models.

In these times, double down — on your skills, on your knowledge, on you. Join us August 8-10 at Inman Connect Las Vegas to lean into the shift and learn from the best. Get your ticket now for the best price.

As the real estate market softens, competition increases and consolidation strengthens, there’s plenty of debate about which business models and their proprietors will come out on the other side victorious.

While Compass CEO Robert Reffkin used his time at Inman Connect New York on Tuesday to call the move to remote work “the killer of culture,” eXp Realty CEO Glenn Sanford said there’s equal merit to virtual and brick-and-mortar business models and urged agents to choose one as they’d choose a spiritual practice.

“So it’s like religion. It’s like, it’s like, pick one and then go for it,” he added. “The religious experience for us [is] around building a truly cloud-based real estate brokerage.”

Sanford said a cloud-based model has worked marvelously for eXp, with brokerage leaders being able to build a strong culture through its metaverse platform, Virbela, while offering agents better commission caps and lower overhead fees.

“Due to social media, you can stay connected with people when you’re not with them,” he said. “But when you’re with them, you feel like you’ve been together the whole time. That in-person experience actually takes on more value because of the virtual connections. I think they coexist. I don’t know that there’s one that trumps the other.”

Although Inman publisher Brad Inman was convinced of Sanford’s argument, he conducted a live poll with the audience to see if they agreed. “Let’s see what the people on the street think,” he said. “So let’s do this. [Say] ‘Yo’ for office space and ‘No’ for virtual.”

The audience was almost equally split for both options, with audience members voting for office space slightly edging out the ones who voted for virtual work. A second poll split by audience members under and over 40 yielded similar results, with younger audience members slightly favoring brick-and-mortar brokerages.

Sanford graciously accepted the results and said a 40 percent share of the audience showed the growing acceptance of a cloud-based business model.

“I said [in the beginning] if 5 percent of the industry sort of adopted [a cloud-based model] that’s a home run because real estate is unique in that once you get to a certain mass of agents — and this will be something we’ll have to work through — they don’t all want to be with the same firm with the exact same value proposition,” he said. “They need differentiation between one firm and another.”

As eXp surveys the lay of the land for 2023, Sanford said his greatest competition isn’t Keller Williams, Anywhere or the other leading traditional franchise brands. Instead, he has his eyes on other virtual brokerages like Real Brokerage, which made its Nasdaq debut (REAX) in late 2021 and is steadily gaining market share in the US and Canada.

“We’ve always said it’s gonna be somebody new that’s going to compete with us, and now we’re seeing that,” he said. “So what is taking place is we’ve got competition and the markets got a little stuck in terms of agents and transactions.”

“It’s a great time to see where I can make a bigger impact,” he said in reference to his decision to retake the reigns at eXp. “I play a little faster and looser than a lot of folks in this space.”

Beyond the debate between virtual vs brick-and-mortar, Sanford said the current downturn will push the industry’s largest players to make some bold moves — with the first bold move of 2023 coming from CoStar’s alleged $3 billion bid to purchase Realtor.com parent company Move from News Corp.

“I think it’s a brilliant move by CoStar. Realtor.com is an iconic brand has been around forever. I used to be on the broker advisory board for Move, which was great to sort of steer the internal workings of how they were approaching the future,” he said. “So we’ll be interested to see how it all plays out.”

“I think a lot of agents have felt that portals, in general, gouge agents and are simply trying to maximize revenue,” he added in reference to agents’ fraught experience with Zillow in particular. “I think it would be really interesting to see if they do come in with a basically a low-cost strategy [and] how that would play out. [Andy Florance] wants to be super dominant in residential and you have to do something really radical in order to make that a reality.”