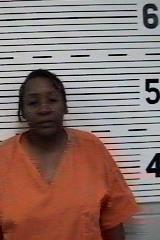 LAWRENCE COUNTY, Ala. (WHNT) — Susie Ella Stovall was 59 in 2015 when she was arrested and charged with murder in the commission of arson for her involvement in a house fire that claimed the life of her husband, Azrel Gene Stovall, 66, according to then-Sheriff Gene Mitchell.

In a letter penned to the judge, Stovall said she has remained in the jail for seven years – and is ready to either take a plea deal or go to trial.


‘Havoc’ the dog euthanized after dispute over 2021 attack

Lawrence County District Attorney Errek Jett told News 19 that the day before Stovall’s trial was set to begin in 2022, it was continued at her request for another mental evaluation.

The day before Thanksgiving, 2015, Lawrence County Sheriff’s Deputies responded to a domestic dispute at Stovall’s home. When they arrived, Mrs. Stovall was gone.

Deputies talked with Mr. Stovall, who reportedly told them that he thought everything was okay, and that he was going to go to bed. Mitchell said around 15 minutes after deputies left the home, 911 received a report of a fire at the Stovall residence.

When authorities arrived back at the house, they found Mrs. Stovall in the front yard. She was arrested on an outstanding warrant for failure to appear on a domestic violence charge.

Stovall would later be charged with first-degree and second-degree arson. Following an investigation into the suspicious circumstances around her husband’s death, the sheriff’s office and the State Fire Marshal’s Office charged Stovall with murder.

In October 2022, a court order allowed Stovall to be released from the custody of the Alabama Department of Mental Health, on the condition that she maintained her prescribed medication until the competency hearing.

Jett confirmed the latest mental evaluation is complete, saying the case is now ready to go to trial.

“Our new circuit judge, Callie Waldrep, was an Assistant District Attorney in my office and I expect her to recuse,” said Jett. “As soon as a judge is assigned it is ready for trial.”

At the time this story was published, a date for the trial had not been set.