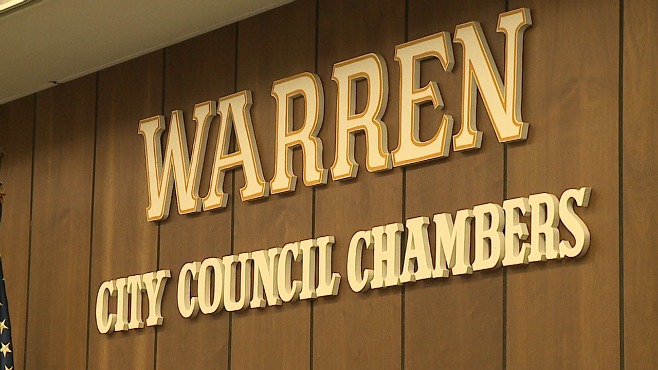 WARREN, Ohio (WKBN) — Since the first of the year, a group in Warren has been trying to get city council to allow for a commission to be formed to try and create a charter form of government. Council twice refused to vote on the issue but Wednesday night had no choice but to place it on the May primary ballot, unanimously approving it.

Currently, Warren operates as a statutory government, but now, residents will have to decide if they want to move forward with implementing a charter.

So on May 2, Warren voters will decide whether to move forward with the charter writing process. They’ll need to select 15 members for a commission to write the charter. Those people running for charter commissioners will appear on that ballot. Each person wishing to run will need petitions with 50 signatures turned in to the Board of Elections, but the deadline is tight.

“We have until the first of February, which is just a few days away,” said Ken MacPherson, councilman at large/mayoral candidate.

MacPherson is the council member who has been pushing for the charter. He says it would help bring the city into the modern era.

“Having an auditor and a treasurer, this is an antiquated 100-year-old form. Most institutions have a fiscal officer or chief financial officer. Additionally, things like an auditor having qualifications like a CPA,” he said.

However, the charter proposal is unpopular among many members of council. Councilman Greg Greathouse is concerned the charter could consolidate power into fewer council members.

“There’s 10 council people in Warren. There’s 40,000 residents. So for every 4,000 residents, you have access to a council person. These folks are telling people at their informational meetings that the ideal council size is five,” Greathouse said.

Greathouse is also concerned the charter could make the mayor, law director and others appointed positions by council instead of voting.

“That’s an amazing amount of concentrated power with a group of five. You only get to vote for every two years,” Greathouse said.

If the voters pass the charter issue, the 15-member commission will write the charter. The actual charter will go before voters in November.

Greathouse says this process will cost about $200,000.

My AP top-25 MBB ballot: Purdue on top, with Houston and Tennessee next